A cyber-attack, apparently launched by supporters of the Islamic Republic of Iran, yesterday hit United with Israel’s “Stop Iran” initiative.

The site – stopiran.org – was shut down for several hours. Its petition, urging the Obama administration to oppose any deal that would ease sanctions on Iran before the nuclear threat is completely eliminated, had gathered to date more than 130,000 signatures, which were submitted to the White House and the US Congress.

The motivation for the attack seems to have been UWI’s success in reaching millions of individuals worldwide.

A technical team worked diligently to restore the site, and once again it is up and running.

Exactly one year ago, during Operation Pillar of Defense, United with Israel strongly defended Israel’s position. That was when UWI experienced its first major cyber-attack, which temporarily shut down its main site.

According to an official UWI statement, “Our pro-Israel voice will not be silenced. Just as the IDF defends Israeli citizens from all types of physical attacks, UWI will continue to lead the way in defending Israel’s position to the world. We will continue to influence world opinion.”

To add your voice, see the petition to keep the pressure on Iran at stopiran.org. 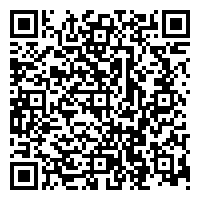