On Saturday night, the two Tannaitic views of superlative Hanukkah lights passed like ships in the night. On 28 Kislev, Beit Hillel says to light four and Beit Shammai says to light five; on 29 Kislev, it’s the reverse. What is the reason for their dispute? The Talmud (Shabbat 21b) records:


Rabbah b. Bar Hana said: There were two elders of Sidon, one did as Beit Shammai and the other as Beit Hillel: the former gave the reason of his action that it should correspond to the bullocks of the Festival, while the latter stated his reason because we increase in holiness but do not reduce.

Interestingly, the scholion of Megillat Taanit lists only this latter pair of reasons. Even in the (Babylonian) Talmud, we go out of our way to find this set, not only to the West (Israel), but Sidon as well. Counting days, up or down, is easy enough to grasp, but why should we care about “the bullocks of the Festival”?

II Maccabees, of course, tells us that Hanukkah was made eight days to correspond to the Festival of Sukkot. Still, Sukkot has many aspects, so it’s not clear why the bullocks are the focus. Furthermore, if we’re using those eight days as the source and counting Shemini Atzeret, the bullocks actually go 13, 12, 11, 10, 9, 8, 7, 1. Even Beit Shammai doesn’t light that way.

Ah, but we’re not worried about Beit Shammai because we follow Beit Hillel; “We increase in holiness but do not reduce.” But we’re applying this to quantity, while that is a rule of quality: the Showbread are placed on a marble table on the way in to the Sanctum, and on a gold table on the way out (Shekalim 6:4); an acting High Priest cannot go back to being a common priest (Yoma 12b). Are five lights holier than four? I seem to remember hearing somewhere that “All eight days of Hanukkah, these lights are holy.”

Perhaps we need to put this dispute of the Hillel and Shammai schools in the context of their founders. Though Shammai is forever known as Hillel’s opposite number, he had a predecessor:

Hillel and Menahem did not argue; then Menahem went forth and Shammai entered. (Mishna, Hagiga 2:2)

In other words, Hillel and Shammai only came together because Menahem “went forth,” taking 160 prominent students with him. This was at the lowest point of the monarchy in Judea during Second Temple times, as the Hasmonean dynasty gave way to the Herodian. It was a time to doubt, 200 years after the miracle, if Hanukkah was still worth observing.

Both Shammai and Hillel believe in maintaining Hanukkah, but the lights have now become symbolic. The bullocks of Sukkot, according to Sukka 55b, which add up to seventy, represent the seventy nations of the world. As Rashi explains (Num. 29), just as these bullocks decrease, the great empires will always decline and fall. It happened to the Greeks, and it would happen to Rome. 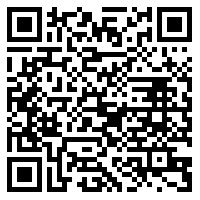