No, I don’t mean necrophilia (well, maybe just a little, metaphorically). Nor do I mean necromancy, although we’ll get to that. Necrolatry, you see, is the worship of the dead. It’s something we don’t think about much in modern Western society, except for one day a year. Well, a week. OK, a month. Fine, starting with Labor Day!


That, of course, is when the stores in the US, Canada and the UK start hauling out the merchandise for Halloween, All Hallows’ Eve. If it has a witch, skeleton or ghost on it, it goes on the shelves. Of course, as so much of the stress has now moved to adult party attire (females, you can choose anything from sexy abacus to sexy zucchini!) and refreshments (what color vomit would look best on you?), Halloween has lost some of its spookiness. Still, there’s no question that this is a holiday with some seriously macabre origins.

Just take a gander towards the equator. In Mexico (and increasingly throughout Latin America), it’s the next day (or two) which are Día de Muertos. South of the border, they are not shy about their sexy skeletons.

What’s remarkable is that although both holidays have pagan origins (and were later Christianized), those origins are not the same, unless there was some land-bridge connecting the Celts to the Aztecs. The desire to have contact with the dead, especially one’s own relatives, is apparently universal.

That, presumably, is why the Torah feels the need to express such antipathy towards these practices. The Torah forbids and condemns acting as a “necromancer (ov) or spiritist (yidoni)” or consulting such mediums. The elimination of such practices establishes the bona fides of the first and last independent kings of the Jewish state (Saul and Josiah), while embracing them is the final line of the indictment against its wickedest monarch, Manasseh. More than a dozen times, Scripture criticizes these acts. As Isaiah states (8:19):

When someone tells you to consult necromancers and spiritists, who whisper and mutter, should not a people inquire of their God? Why consult the dead on behalf of the living?

According to Deut. 18, being “an inquirer of necromancers and spiritists or a seeker of the dead” is antithetical to the command “Be perfect with Lord your God,” the first command given to Abraham and Sarah: “Walk before me and be perfect” (Gen. 17:1).

This is a particularly relevant as we prepare to read Ḥayei Sara, which literally means “the life of Sarah.” Twice in the introductory verse (Gen. 23:1), the Torah speaks of Sarah’s life, even though the portion that follows deals with the aftermath of her death. Thus, even though it is about to speak of the demise of the first matriarch, the Torah opens by referring to her life.

The same is true of the final portion of Genesis, Vayḥi, which is about Jacob’s parting from his sons. Still, the introductory verse (47:28) states: “And Jacob lived in the land of Egypt 17 years, and Jacob’s days, the years of his life…” In fact, the verse describing Jacob’s expiration does not even use the standard phrase “and he died,” leading to Rabbi Yoḥanan’s famous statement, “Our patriarch Jacob did not die… just as his progeny lives, he lives” (Talmud, Taanit 5a).

Nor is this limited to our forebears in Genesis. Elsewhere (Berakhot 18a), R. Ḥiyya expounds: “‘For the living know that they shall die’ (Eccl. 9:5) — these are the righteous, who in their death are called living.” The Talmud seems to differ from the Bard’s view: the good that men do lives after them and is not interred with their bones.

Judaism is not, and never should be, a death cult, seeking the approbation or advice of those who have passed on. This is the hallmark of a dying or dead faith. Torah, the tree of life (Prov. 3:18), is for the living. Halloween is no Jewish holiday for good reason.

Search for more information about worshiping the dead at4torah.com 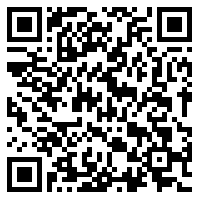