Rape is an ugly word, an even uglier deed. I don’t use the word lightly or easily. Rape is a crime of violence, not passion; of destruction. The intent is to take the soul, destroy the body. It is an injustice beyond measure, a violation of humanity. No, I’ve never been raped but I know women who have been.

When someone uses the word “holocaust” – even without the capital letter, it bothers me because too often it is thrown around easily and rather than elevate the crime, it diminishes, just a bit, the Holocaust. I think rape is the same way – people use the word so freely, it takes away from when a real rape is inflicted on a person.

And yet…and yet, I’m going to use it here because it is the only word I can think of that applies, and the man ultimately responsible for this rape, this cultural rape – is Barack Hussein Obama – and yes, I’m using his middle name because he felt fine using it in Cairo and other places. And perhaps, just a little, that middle name plays a role in what he is about to do.

The full story, credit for it, comes from and goes to Caroline Glick in her article in the Jerusalem Post, “Our World: A miracle and an Outrage.” The gist of it is – by some miracle, 2,500 years of heritage, of holy books and more survived the devastation and the almost entire complete exile of the Iraqi Jewish community. Saddam Hussein (yeah, there’s that name again), stole over 2,700 Jewish books and writings from the Jewish community. He stored them in some basement to rot and by some miracle, invading US troops found the waterlogged remains.

Amazingly enough, the troops and leaders realized the magnitude of what they had found and the collection was taken to the States, refurbished, renewed, reclaimed at a cost of $3 million dollars. I don’t know how, but I’m willing to raise the money to pay the Americans back for this kindness.

But…here comes the outrage about which Caroline Glick wrote. The American government proudly put their accomplishment on display. Good for them. The exhibition at the National Archives runs through January – that is the scheduled date of the cultural rape about to take place. On or around that time, Obama and the State Department feel it is their responsibility to return the archive to its rightful owners. And I commend them for this decision as much as I condemn them for being too stupid to know who those rightful owners are. No, Mr. President

I believe that the Israeli Ambassador to the United States should request an immediate meeting with the United States President. I believe our Prime Minister must, in no uncertain terms, make it clear that the owners of the archives are the Iraqi Jews – who live primarily in Israel and that to send the archives, these holy books, “back” to Iraq is tantamount to destroying them. Obama might as well blow them up in Washington for all that sending them back to Baghdad will accomplish.

It is hard to believe that caring human beings would not do all in their power to stop a rape they know is about to take place – well, here’s our chance. We know where, we know when – now it is up to each of us to stop it.

Obama – what do you want to stop this travesty? Do you want 3 million dollars? We will raise it. You want a request from the Iraqi Jewish community – I’ll see to it. You want the Israeli government to request it – Bibi, please, do this before it is too late.

Just was what was stolen by the Nazis has long been recognized as belonging to the victims of the Holocaust, the archives belong to the Jews from whom Saddam Hussein stole them. They are not, and never were, the legacy of Iraq – rather, they are the legacy of a small community that was all but hounded into exile, only to re-establish themselves in Israel.

The archives should be donated to the community here in Israel, to a museum they established as a true legacy to what was once a thriving Jewish community. These holy books never belonged to the Iraqi government, Saddam Hussein, or the greater Iraqi people. To deny the rightful owners, to turn these books over to the Iraqis is an abomination, a cultural rape of 2,500 years.

Please help – write to Washington and demand that the archive be given to their rightful owners, the Iraqi JEWISH community, largely represented in Israel and no where else.

Please write to your Congress representatives and ask them to add their voices against this injustice. 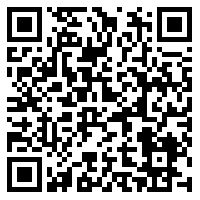