This photo of IDF soldiers assisting a stuck ambulance has gone around the world a few times and I think it’s swell. Kol hakovod l’tzahal.  Some, however, have explicitly tried to use the photo to challenge the notion that Israel is an apartheid state. What they don’t seem to realize is that the mere existence of a separate ambulance corp for Palestinians tells people who are predisposed to accept the truth of the apartheid analogy that segregation is alive and well in Israel. So not the best PR/hasbarah strategy guys. 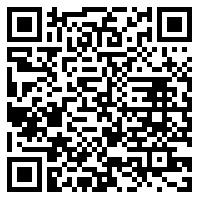