(1) The army doesn’t want millions of haredim. None of the brass can say it out loud, but what are they going to do with a huge new influx of soldiers who aren’t physically fit, won’t follow orders that aren’t cosigned by a  Rav, and have a host of food restrictions and the like?


(2) The haredi leadership is ecstatic to have a new bogeyman. By scapegoating Lapid and his fellow travelers as enemies of Torah, etc., they become stronger, and the crises they’ve invented offers a host of new excuses to keep their communities even further away from dangerous things like freedom and post-enlightenment ideas

(3) Lapid doesn’t really care if the Haredim go into the army or not. He’s scapegoating them for personal gain, just as obviously as they are returning the favor.

(4) The haredi on the street is thrilled to have the chance to do something exciting like go to a protest. Those who live lives of no sports, entertainment, or outdoor activities take what they can get.

(5) As I think Natan Slifkin said first, the Haredim obviously believe that Torah learning is the solution to every problem, aside from the problems that threaten their ways of life. When a problem like that emerges its time to close the books and take other actions, just like any other low down, non-Torah learner. 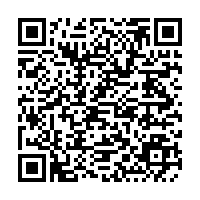