A week ago, when a private letter from Rabbi Ezra Schochet, addressed to the Beis Din of Johannesburg and Chabad Rep Rabbi Yossi Goldman, was leaked to CHI, calling it “prohibited and unacceptable” for any Chabad Rabbi to allow Rabbi Shmuley Boteach to speak in their synagogues, I didn’t give it much thought. I studied under Rabbi Schochet and understood why he doesn’t want Boteach giving public speeches in Chabad institutions — Rabbi Schochet feels that Boteach’s printed materials and publicized actions are beyond the limits of orthodox theology and go against some of Chabad’s fundamental beliefs and the Lubavitcher Rebbe’s instructions.

I don’t feel that it’s necessary for Rabbi Schochet to be specific when stating his opinion since his concerns are blatantly obvious to anyone who has read Boteach’s book and is familiar with basic orthodox theology and Chabad’s core values. Judaic scholar Rabbi Chaim Rapoport, in a letter clarifying some of the problems with one of Boteach’s books, wrote “Any knowledgeable person who will read the book will see that many of the assumptions and theories are contradicting the Halacha, and the Jewish traditions.” Dr. Lawrence H. Schiffman, Vice-Provost of Undergraduate Education at Yeshiva University and Professor of Jewish Studies, wrote a critique of Boteach’s book “Kosher Jesus” addressing some of these concerns. Even Yossi Goldman,“one of the world’s most successful communal rabbis”, in an email defending the rationale behind his invitation to Boteach, wrote ”I am relieved by my decision to deliberately ensure that he is, in fact, not speaking on that topic”.

Rabbi Schochet, dubbed by his colleagues and students as “the Rosh” ( “ראש” , literally “Head”) for his brilliant analytic style, depth of understanding and vast Talmudic scholarship, is a strong minded scholar and educator who is known within Chabad for speaking his mind even when others are silent. And like many serious scholars he can come across as harsh to those that don’t know him. When Messianism ran amok in Chabad in the early 90s, shortly before the Rebbe’s passing, the Rosh was among the few leaders unafraid to speak out against the craziness. The story goes – and I stress that it is unconfirmed – that the Rosh and Steven Spielberg had a falling out after the Rosh chastised Spielberg for building a bathroom with see-through walls. The Rosh undoubtedly thought it was immodest and foolish and told Spielberg so, even at the risk of losing a major donor. I don’t think Boteach’s bullying scares him much.

I knew Boteach was going to respond but I naively thought he would use the opportunity to honestly address some of the controversy surrounding his persona. Boteach, in his op-ed, accuses the Rosh of sending his letter to two “gossip-mongering and illiterate websites – who trade in daily attacks on leading figures in Chabad and beyond”. As far as I know the letter was only published on one website not two. The editor of the website told me that he was amused that Boteach was critical of his website. “Before we had a falling out and Boteach threatened to sue me, he would send me articles some of which I printed. Ironically, despite Boteach’s claims, I never received anything directly from the Rosh, not now and not ever,” he said.

Personally, I have no issue with Boteach lecturing and consider myself to have a friendly relationship with him. But I’m hardly a good example because I probably wouldn’t be bothered even if Spinoza was given a platform.

Boteach certainly has every right to defend himself but, sadly, his op-ed does none of the above. Instead he falsely maligns the Rosh as a radical comparing him to an Islamic extremist and implies that he is running a “Taliban madrassa.” Over the years, the Yeshiva in Los Angeles attracted all different types of students with many different religious standards. Boteach owes an apology to the thousands of Yeshiva alumni including those former Yeshiva students who have gone on to successful professional careers. Graduates from the Yeshiva include prominent Shluchim, rabbis, doctors’ attorneys and educators, and the list goes on. 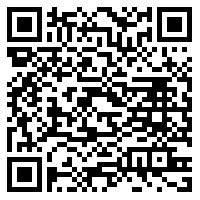