There is a huge argument raging right now on Twitter about the next big Internet Asifa scheduled for the end of May in Citi Field. Let me briefly summarize the other positions:

#3 They fear their authority is eroding

* I first heard the phrase “neo-haskola” from Mis-nagid in 2005, and have used it promiscuously ever since

The purpose of the Asifa is to raise awareness and to discuss solutions. The analogy I gave on Twitter is this: Say you lived in a neighborhood that was frequently visited by bears. The non-idiots in the community would understand immediately that bears are attracted by food and you can encourage them to move on by cutting off their food supply. The non-idiots would take down their bird feeders and keep their garbage in doors for as long as possible. Expert non-idiots might start treating their garbage with some kind of bear repellent. But what abut the non-idiots who just don’t know about the bear? What about the people who are idiots? Until both groups are told about the problem and taught bear-control procedures, the bear will keep coming back. So, what you need to do is have a public meeting, where the problem can be publicized and solutions can be taught. 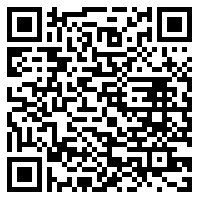