First to the colony question: according to the Oxford online dictionary a colony is a ”country or area under the full or partial political control of another country and occupied by settlers from that country”. The word comes from the Latin ‘colonia’ meaning ‘settlement, farm’, from colonus ‘settler, farmer”, describing a “settlement formed mainly of retired soldiers, acting as a garrison in newly conquered territory in the Roman Empire”. The Merriam-Webster online dictionary says that a colony is “a body of people living in a new territory but retaining ties with the parent state.”

Most colonies you can think of were established by people tied and supported by a parent state. The colonists probably sought a better life by gaining access to resources they couldn’t easily gain access to in their original country, such as land, natural resources found in the new country or labor hands in the form of the indigenous people. The original country also often gains from having a colony and exploiting the resources of the new land.

Now – let’s take a look at Israel. First it’s important to note that for well over 3,300 years there have been Jews in the land of Israel. Indeed, the land known as Judea to the Romans was called that because of the Jews who lived there. If an exiled people return to their homeland, where part of the people had always lived despite foreign occupiers and their oppressive policies – it’s impossible to call them colonizers or colonialists.

Next: who exactly “sent” Jews to return to in ever-increasing numbers to their homeland, starting about 200 hundred years ago? Was it Russia (that then included Poland and the Baltic states), Jew-hating Russia? Not likely.

Perhaps it was some other European power that sent the Jews to the land of Israel, before acquiescing to the sending of the Jews to oblivion via the Holocaust? Not likely.

Was it the British who detached 75% from the land originally meant by the League of Nations to be part of the Jewish Homeland – and the British gave it to an Arab client of theirs? The same British who did all in their power to limit the entrance of Jews to the land – in order to appease the Arabs? Not likely.

The Americans? But so few Jews left America to come here to the ancient homeland.

Beyond the absurdity of seeing Jews as colonial agents for the European nations that regularly despised and discriminated against Jews – it’s just entirely false. Ask the people who live here, or read the thoughts of the people who established the modern state of Israel – none of them saw the state as an agent for any foreign power.

What were the natural resources that this land held: Was it gold? Silver? Rubber? Oil? Forests? Or perhaps you imagine roaming herds of wild horses? None of that existed in this land 200 years ago or 70 years ago. Was it the fertile land? But that is not true – the land had long become desolate, much sand, swamp and desert.

There was no rational reason for Jews to leave their homes and come to live in this land. Those that sought a “better life” in the material sense didn’t come here to drain swamps – they went to America, in the millions, to seek their fortune in the “golden country”.

There was only one reason that Jews came to the land of Israel – because it was home that is central to their religion, beliefs, hopes and lives.

As to the imperial question: the only imperialists still in the Middle East are the Islamic Arabs. After all: Arabic is today a spoken language from the Atlantic to the Persian Gulf. However, before Islam gave the Arab tribes an excuse and motivation to conquer lands that belonged to other people, no one outside of the Arabian Peninsula spoke Arabic. Arabic spread as a result of Arab imperialism.

In contrast – Jews and Judaism never sought empire, to conquer lands outside of the Promised Land, or even to convert other peoples. Jews just wished to live as Jews in the Jewish Homeland. 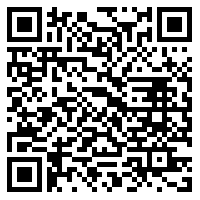