The next time someone raises the issue of the “humanitarian crisis in Gaza,” feel free to direct them to the JewishPress.com website and tell them to search for articles quoting IDF Major General Yoav Mordechai, Coordinator of Government Activities in the Territories (COGAT), an Arabic-language speaker who tracks the “governmental activities” of the Hamas terrorist organization, among other things.

Gaza’s ruling Hamas terrorist group has not only been stealing construction materials from residents who need the supplies to rebuild their homes – after the last war started by their rulers – but now Hamas has also been caught stealing electricity that finally began flowing again to the enclave as well.


Hamas operatives were caught on tape at around 4:30 pm Saturday hijacking the power line, according to Mordechai, who posted the tape on Facebook where nearly half the world could see it.

“The electricity line runs into the Gaza Strip and the hijacking took place in the area between Maghazi and Khan Younis,” Mordechai said.

“This is electricity intended for hospitals and schools, but Hamas is not interested in the population and even oppresses it.”

Since June 2017, when the Ramallah-based Palestinian Authority government stopped paying the electricity bill for Gaza, the enclave has seen an deterioration in living conditions.

Mordechai noted that Hamas is continuing to steal from the Gaza population. 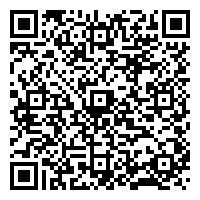