My country, Israel, is seventy years old. We all have this “thing” for round numbers, so 70 is certainly a significant milestone. I used to guide in the Eilat mountains in southern Israel. I would address the group I was guiding and say: “Do you all see that point up there? That’s where we have to get to. Good, don’t look at it anymore. Everyone see the path leading up to that peak above us? I want you all carefully looking and seeing where you’re going to plant your foot in the next step you take. When you feel a bit tired – don’t look up to see how much more you have to go to get to the peak! Instead I want you all to turn around and look down to see how much you have already gone. Not only that, but the higher you rise, the further along your way to the peak you have gone, the farther off you can see. After taking stock of how much you have achieved, turn back to the front with your eyes to the ground and continue going up, step by step, until there is nowhere higher to step up”.

We as the Jewish Nation aim at a very high set of peaks; the way is long, it’s difficult, perhaps from time to time we may stumble and even fall, bruising ourselves, but then we’ll pick ourselves up and continue climbing. Milestones – like our seventieth anniversary of the rebirth of our sovereignty in our land – is a good time to turn around a moment and look back and see how far we’ve come and how much further our eyes can view.

Once while visiting with my brothers in Chicago we sat around discussing the question: what was the most important development in the 20th century. One brother, the professor of medicine, said it was the unraveling of the secrets of DNA. Another brother, who now lives up in the Rocky Mountains, said it was definitely landing a man on the moon. I said: the most meaningful event for humanity that took place in the 20th century was the establishment of the modern state of Israel which signified the return of the Jewish people to life in our homeland.

They were dismayed by what they considered my parochial particularism. I tried to explain: putting a man on the moon was a great achievement for science – but so what? It didn’t fundamentally change or improve life on Earth. Revealing the mysteries of DNA would certainly help the quality of life in the long run – but the major mystery is still cloudy. The most important thing is still missing: the meaning of life. We can go to the moon or the center of our cells, but the biggest question is still: why? Why live? Why is there a universe? Why does anything exist rather than the equally rational option of there not being anything at all? And most important: what is the meaning of our human life in general and each one of lives in particular.

Western culture – which had seems to be doing relatively well and gave us the advanced world we live in, well-fed, healthy and free enough to be able to use a computer to write our thoughts and send them out into the world – has at its deepest roots much that originally came from Judaism: the law, the prophets, and the heroic stories of perseverance as well as of justice.

All these were then spread throughout the world by various vehicles of influence. Now we have come back home in a process starting over 200 years ago. There are milestones along the way, like independence, but we are still climbing in our deepest endeavor to bring a blessing to the world, not just in the material inventions that Israel contributes to the world, but more essentially and vitally in renewing that life and its prophets that can show the modern world to a way that is even better.

And when the group I was guiding would reach that peak – they then saw that there was still more to ascend, until they would reach the peak from which they would see all in a 360 degree view. 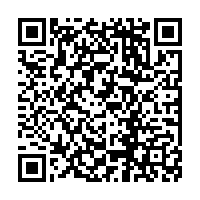