Yesterday, I wrote a mealy-mouthed piece entitled, Obama/Fareed Agree: Bibi is Pushy, Inappropriate. Why mealy-mouthed? Because I wanted to say so much more.

I wanted to say, for instance, that Fareed had asserted as fact an antisemitic trope and Obama approved: Joos=Pushy.

Now of course, Zakaria has no great love for Israel. Of Zakaria, Haim Saban once said, “Your point of view is so anti-Israel, I’m banging my head against the wall every time I watch you.”

Let’s look at what Zakaria said about the Israeli Prime Minister in an interview aired yesterday, August 9.

ZAKARIA: Prime Minister Netanyahu has injected himself forcefully into this debate on American foreign policy…

Zakaria frames the issue as one that only impacts on America, and implies the agreement with Iran is one that does not affect Israel. Therefore, for Netanyahu to publicly voice an opinion on the subject (in Washington!) is “inappropriate.” He is forcing himself into a debate that doesn’t concern him or his people.

On July 15, however, the 29-member Knesset Foreign Affairs and Defense Committee, issued a statement that would appear to contradict this assertion: “After receiving a comprehensive overview of the details of the agreement between Iran and the powers, we declare that this agreement has weighty, negative ramifications for Israel’s security.”

And why is that? Well, for one thing, the deal allows billions of dollars to flow to terror groups such as Hezbollah, which are bent on Israel’s destruction. For another thing, Iran’s stated intention is to get the bomb and nuke the crap out of Israel.

In what alternate universe is this Iran deal strictly a debate about American foreign policy? Is Israel an American ally or not? And if Israel is an ally, why are its concerns blown off as if they are so much nonsense, insubstantial fluff by the American President (not to mention Fareed Zakaria)?

When America works to transact a deal that puts the existence of the State of Israel on the line—one that poses an existential threat to the 8 million residents of Israel—in what sense can the Prime Minister of Israel’s objections possibly be construed as pushy and inappropriate?

I want President Obama to issue an apology for that, for agreeing with that statement made by Fareed Zakaria.

The two of them have been incredibly rude to my Prime Minister on American national television.

They have also failed to address the fact that this deal poses a real existential danger to the people of Israel.

In fact quite the opposite. President Obama says, “As I said in the speech yesterday, on the substance, the Prime Minister is wrong on this. And I think that I can show that the basic assumptions that he’s made are incorrect,” but at the time of this writing, HE HAS NOT DONE SO.

And he will not do so, because he cannot.

Nor can he prove that giving Iran 24 days to hide the evidence of its nuclear aspirations constitutes “snap inspections.”

And that’s just the tip of the iceberg.

This deal threatens Israel’s very existence and therefore, Israel has every right to cry out loudly against President Obama’s yearning for a legacy that leaves Israel (and America) twisting in the wind.

Perhaps the most sickening example of disrespect for Israel in the Fareed Zakaria/Obama interview is this : 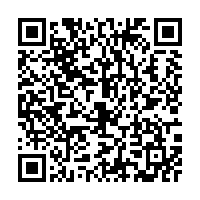