Israel’s Prime Minister’s Office issued this fairly bland and utterly uncontroversial statement, if it  would have been made by anyone else about any other place:

Prime Minister Bennett just spoke with Public Security Minister Omer Bar-Lev and Israel Police Inspector General Koby Shabtai.
The Prime Minister thanked the Public Security Minister and the Israel Police Inspector General for managing the events on the Temple Mount with responsibility and consideration, while maintaining freedom of worship for Jews on the Mount.
Prime Minister Bennett emphasized that freedom of worship on the Temple Mount will be fully preserved for Muslims as well, who will soon be marking the fast of the Day of Arafah and the Eid al-Adha.

So of course, Palestinian dictator Mahmoud Abbas freaked out:

The Palestinian presidency expressed its condemnation and categorical rejection of the statements issued by Israeli Prime Minister Naftali Bennett, in which he said that the freedom of worship of Jews and Muslims must be preserved in Al-Aqsa Mosque.
The presidency considered that this statement from Bennett is an escalation that is pushing towards a dangerous religious conflict, for which the Israeli government bears the responsibility, as it puts obstacles in the way of international efforts, especially since this provocation is taking place on the eve of the celebration of the blessed Eid al-Adha.
The presidency said that the Palestinian leadership should take all the required and necessary measures to preserve our inalienable historical rights in Jerusalem and the Islamic and Christian holy sites.

One side comes across as tolerant and liberal. The other is intolerant and antisemitic.
The international community is solidly on the side of the antisemite.
Egypt condemned Jews visiting the Temple Mount. So did the Organization of Islamic Cooperation. So did Turkey and Jordan.
The EU tweeted, “Concerned over ongoing tensions around the Haram Al-Sharif/Temple Mount. Acts of incitement have to be avoided and the status quo respected. Israeli authorities, religious, and community leaders from all sides should act urgently to calm down this explosive situation.”
When they say “status quo” they mean Jews shouldn’t be allowed to visit their most sacred place. The US has said similar things.
Which means that antisemitism is the official policy of most of the world, and Israel defending the human rights of Jews is twisted into saying Israeli Jews are the bigots. 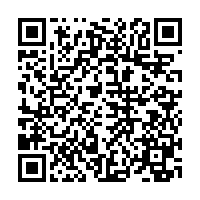