The eve of Rosh Hashanah, which is the time thousands of Breslov Chassidim travel to the city of Uman in Ukraine, falls this year on Monday, September 6. According to Ukrainian Health Minister Viktor Lyashko, speaking on Ukraine TV channel 24, this is when the highly contagious COVID-19 Delta variant will become dominant in the country.


The health ministry’s priority now is to vaccinate as many people as possible, Lyashko stressed, noting that $25.7 million was allocated to purchasing ventilators for the anticipated Corona patient population. “People who have survived the active phase of the disease will be able to be discharged and get a ventilator from their family doctor,” Lyashko said.

More than 2.2 million COVID-19 cases have been recorded in Ukraine since the start of the pandemic, according to the local health ministry. As many as 1,431,127 Ukrainian citizens have been vaccinated since February 24, in a population of some 45 million. So, not even close to herd immunity, unless the herd is the virus.

The World Health Organization’s July 14 bulletin declared that the Delta variant has been confirmed in 111 countries, and since July 6 the number of infections has grown a factor of seven. The Delta variant is now rampant in India, Russia, the UK, Turkey, Thailand, Israel, Brazil, and the United States. Data on the spread of the Delta is still not available from Iceland, Egypt, Montenegro, Cuba, and 85 other countries.

Last September there were reports of at least six Breslov Chassidim who made it past the border lockdown and reached Uman only to contract the virus. There was even a Corona hotel established in the city for the ill Chassidim after the local hospital had run out of beds.

Last year there were also anti-Semitic incidents in the city, where the local gentiles appeared to connect the latest rumor of virus-carrying Jews to the traditional blood libels that are such a strong part of the Ukrainian tradition.

Last year, TheMarker reported that Nachman Benshaya, chairman of the National Secretariat of Breslov Chassidim, warned then-Prime Minister Benjamin Netanyahu that “not one Breslover will vote for you,” after it had become known that Netanyahu persuaded Ukraine’s Jewish President Volodymyr Zelensky to ban the Chassidim from entering his country.

What do you know, maybe we had this whole change government wrong? Maybe it came down to the Breslovers? 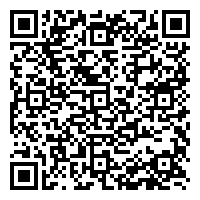