The US House of Representatives approved a bill last week that seeks to combat Islamophobia around the world – but not within the United States. The bill is supposed to create an  Office to Monitor and Combat Islamophobia in the State Department, which only deals with foreign affairs.

The text of the bill is problematic.
Firstly, it doesn’t define Islamophobia. Given that we have seen any criticism of any Muslim being used as examples of “Islamophobia,” a definition is critical. Its absence means that the envoy who heads this department has wide latitude in deciding what is and isn’t Islamophobic.
The bill does give some examples of a subset of things that it does consider Islamophobic:

The first part is too vague. It need to say that an act of violence or harassment is Islamophobic only if the act was clearly directed against Muslims as Muslims. A random shooting or looting a store that happens to be Muslim-owned is not necessarily Islamophobic; there needs to be evidence that the attack was meant to target Muslims. (The second part is not bad -one can assume that an attack against a mosque or a Muslim cemetery is indeed aimed at the Muslim community.)

Instances of propaganda in government and nongovernment media that attempt to justify or promote racial hatred or incite acts of violence against members of the Muslim community.

Without a definition of Islamophobia, this can be badly misused. The Palestinian Authority issues a weekly report on “racism and incitement” in Israeli media and social media, and very few of their examples are racist or incitement. They interpret anything they disagree with politically to be incitement against them as Palestinians or as Muslims. This includes archaeological finds that support the Jewish history in the land.
The Israeli flag can be seen as incitement to people who pretend that the purpose of Israel was colonialism and ethnic cleansing of Muslims. The Israeli national anthem can be called racist. Calling Israel the Jewish state could be considered off limits. Without a definition of Islamophobia, the opportunities for misusing this example are unlimited.
And, as before, anything done towards members of the Muslim community is only Islamophobic if they are deliberately aimed at them because they are Muslim.  The current language could result in absurdities, like Israeli airstrikes against terrorists with rocket launchers or Hamas weapons caches being interpreted as “acts of violence against members of the Muslim community.”
So could attacks on ISIS or against Syrian chemical weapons factories.
These aren’t the only problems. Is it Islamophobic to criticize women being forced to wear the hijab or burqa? Is it Islamophobic to point out that most designated terrorist organizations base their philosophy on Islam? Is pointing out the antisemitism of the hadiths that trees and stones will instruct Muslims where to find Jews to murder off limits? Can a Jew say that the Temple Mount is the holiest site in Judaism, which would hurt the feelings of Muslims who insist it should be Judenfrei? Can one write academic studies about Muslim cooperation with Nazis? Can one even talk about the problems of child marriage or female genital mutilation or “honor killings” in Muslim countries?
Critics of Israel falsely claim that Jews use the charge of antisemitism to silence critics – will anything in this bill forestall that very accusation from becoming true but with Muslims and Islamophobia?
As it stands, this is a poorly written, vague bill that can easily be weaponized against not just Israel but the entire West.
And let’s be honest: Ilham Omar’s incentive to write this bill is not to fight worldwide Islamophobia. It is to water down the effectiveness of the antisemitism envoy, which calls out antisemitism that Omar supports.
Modern antisemites like to claim that antisemitism can be fought just like every other bigotry and therefore needs no special attention. Statements against antisemitism issued by everyone from colleges to Congress get watered down into “all lives matter.” Yet history shows that they are wrong:  antisemitism is fundamentally different from all other hates, and as such requires different tools and methods. Only antisemitism is based on conspiracy theories, only antisemitism is hate based on the target group having too much power, only antisemitism can explain the obsessive hate of anti-Zionists. The current false narrative of the world being divided into the oppressors and the oppressed deliberately puts Jews in the “oppressor” category and therefore it is impossible to fight antisemitism within that context.
But can the same be said about Islamophobia? Is there any difference between anti-Muslim hate – which is very real – and other prejudices, bigotries and racism? Why, exactly, do we need a separate Islamophobia envoy and not, say, an envoy to combat anti-Black racism or anti-Asian racism or anti-Hindu hate worldwide? The US already monitors human rights issues around the world – what is being added by this office? The most important question to be asked about any new government organization is “what value does it add?” I don’t see that this question has been answered.
Given that the downsides of the possibilities of this office  being misused, compared to the undefined and nebulous benefits it would bring, one wonders why this is needed altogether. 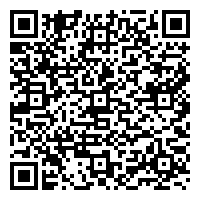