A flight attendant with EL AL Airlines is reportedly stuck in China after having been diagnosed with the Omicron variant of COVID-19.

The flight attendant tested negative in two separate tests prior to departure from Israel. But in Ghangzhou on Thursday, she tested positive upon landing.

She has been placed in quarantine at a local hospital since that point in accordance with China’s policy, according to reports Sunday evening in Hebrew-language media.

The flight attendant, who has been in touch with the Israeli consulate in the country, is hoping to be returned to Israel on Monday or shortly thereafter.

A general lockdown is in place in the city of Xi’an, home to some 13 million residents, where several dozen cases of the Delta variant of the virus have been diagnosed. Omicron has not been identified in the city. 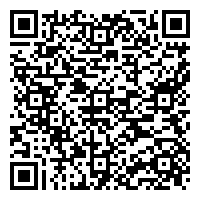