The far-left, anti-Israel +972 Magazine has jumped on the “apartheid” train, and in so doing they unwittingly describe what is really behind the coordinated attack on the legitimacy of the Jewish state:

First, we believe it should be recognized as an essential fact that, through decades of colonial expansion, Israel has effectively erased the Green Line and consolidated a single regime between the Jordan River and the Mediterranean Sea. In doing so, consecutive Israeli governments have made it crystal clear that the state seeks to uphold permanent domination over Palestinians — whether through military rule in Hebron, unequal citizenship in Jaffa, siege in Gaza, or forced exile in Ein al-Hilweh.
To better reflect these facts, we have changed the standard language we use to describe the regime in Israel-Palestine. When +972 was founded, the word “occupation” sufficed for many. Today, as a result of both developments on the ground and the tireless activism of Palestinians and allies, the word “apartheid” has become a more apt description of the system of separation and supremacism that exists between the river and the sea. This term does not negate the framings of “occupation” or “colonialism” — both of which we also use on the site — but rather is intended to help establish a baseline from which readers, journalists, and other observers can understand the present realities.

Of course, nothing has changed over “decades.” Israel controls essentially the same territory it did during Oslo – in fact, less, since it abandoned Gaza. At least 95% of Palestinians live under Palestinian rule in their day to day lives (notice that not one example of +972’s “river to the sea” argument mentions Areas A or B where nearly all West Bank Palestinians live.)  The number of settlements is virtually the same as they were in 1993.
There haven’t been “decades of colonial expansion.” If peace was possible during Oslo, it is possible now. The main thing that changed since Oslo is a little thing called an intifada where Palestinian leadership chose to murder Jews instead of compromising with them. And even after that, Israel offered peace multiple times and it was rejected.
The +972 crowd doesn’t want to talk about that.
Since they started, they wanted to talk about “occupation.” And then they expanded the definition of the term “occupation” to include places that are certainly not considered occupied under international law. For years they and their allies hammered at the “illegal occupation” and “colonialism” that simply doesn’t exist.
Being against “occupation” is ultimately a legal argument, and people get bored of legal arguments. It doesn’t grab one’s attention unless one is already a hater of the Jewish state. The word “occupation” doesn’t make people angry – after all, most people have occupations, most people occupy their homes.
The “occupation” experiment failed.
So the haters of Israel came up with a new strategy – not that new, since it was hatched in Durban in 2001. But it was decided among the modern antisemites that they need a word to replace “occupation,” a word that horrifies people, a word with emotional baggage whose relationship to reality is not important.
“Apartheid” also has a legal definition, and the attempts by B’Tselem and Human Rights Watch and Amnesty and now +972 to shoehorn that definition to Israel have all failed spectacularly. But they know that they are not trying to argue facts and international law – they know they lose that battle.
The current “apartheid” campaign is not based on facts but on emotions. It is not law but propaganda. Its goal is to demonize and delegitimize Israel, the only country on the planet that gets treated this way.
This little +972 essay pretty much admits all of this.  They are saying that they want their readers and the world to associate the word “apartheid” with Israel and to make them believe it by sheer repetition. Which is exactly what they used to do with “occupation.”
It is all propaganda. The strategy is written by +972 right here. And it explains why all these organizations pretend that they independently came up with the same slur to describe the most tolerant state in the region.
The most absurd part is +972’s very next sentence, right after they say that they are using the A word to demonize Israel to the world:

Second, we are reasserting our commitment to accurate and fair journalism.

It is easy to dismiss such obvious lies and contradictions in consecutive paragraphs. But the fact is that these modern antisemites have learned well from the previous ones and what has been proven in studies: repeating lies makes people believe them.
Telling the truth is not an antidote to this incitement. But it is the only tool we have. 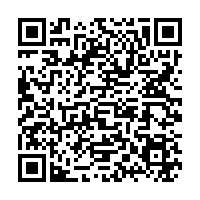