David Hazony wrote an excellent and in-depth essay for The Tower called “Israeli Identity and the Future of American Jewry.”


Please read the whole thing, I would not do it justice in this brief summary.

Hazony’s thesis is that the best way to counter rampant assimilation of American Jews is to introduce them to Judaism through the prism of Israeliness.

Israeliness is now a “thing,” as the kids say. More precisely, it is its own culture, its own way of approaching the world, its own habits of eating and socializing and innovating and building and raising children. It is distinctly Jewish, having been forged in a collective Hebrew experience, drawing from millennia of Jewish texts and experience, and clearly delineated from the American forms of Judaism, and it now has a century of development behind it and many millions engaged in it. It has its own powerful engines of capital. In some industries and arts, Israelis are among the dominant players—from defense and cyber to agriculture and water tech and autonomous vehicles to electronic music and original TV dramas and jazz and culinary arts. As Israel’s economy and population grow, its influence will only increase—not because every growing economy is culturally influential, but because of the unfathomable creative-intellectual disquiet that has always burned hard in the Jewish soul and continues to drive Israeli creativity.

The point of my whole argument, however, is not about how cool Israel is, because how cool it is has already begun to be discovered by an America forever looking for cool things. The point is that American Jews as a community risk missing a tremendous opportunity to fend off oblivion if they cannot see that Israeliness is not just interesting in its own right but specifically as a form of Jewish identity, exactly when a new form of Jewish identity is the only thing that can save them.

Hazony is saying that Israeliness is Jewish-infused culture that is bold, cool, unapologetic and that can be made attractive to American Jews, which could in turn help stem the tide of assimilation (as well as help Israel’s reputation, especially among young people.)
Hazony makes a strong case, but I’m not so certain that it is a long-term solution. It might be good for a number of decades, which means it is worth pursuing, but I don’t think it is a strategy for a religion that spans millennia.
Hazony makes the very valid point that Judaism is more than a religion – it is a culture, a peoplehood and more. But his proofs of that, I think, undermine his argument for Israeliness being a long-term solution:

Can “Israeliness” really be considered a form of Judaism?

It can, if we properly understand the forms Judaism has taken in the past. While in America we speak in terms of religion, religion itself is a category that has been imposed from without: Whenever we see a combination of theology, ritual, and houses of worship, we call it a religion.

Judaism never really saw itself this way, however. It had these, but it also had other things—a collective narrative and sense of “peoplehood”; an ethnic component; a metaphysical, spiritual path; a textual tradition and the practice of study; “secular” communal institutions alongside and intertwined with “religious” ones; a political worldview. It was a comprehensive way of life, centered not just in the synagogue but, no less so, in the home and the study house; and not just for the individual but for a self-defining collective, a “people,” as well. In biblical times, it included prophets and kings as well as the priests of the Temple. Throughout centuries of exile, a concept of halacha, the “way,” included not only ritual practice but everything from civil and criminal law to cosmology to medical advice. In most times and places across history, “Judaism” comprised many of the core institutions of government.

Fast forward to the nineteenth century. Enlightenment and Reform combined with rise of democratic nations to offer Jews of central and western Europe new ways of being Jewish that turned less on ritual, authority and faith, and more on autonomy and citizenship. To the East, socialism and Marxism offered a secular universal struggle, yet Jewish socialists continued to write and create in Yiddish, live as communities, and form their own labor unions—a culture that would later thrive for decades in the United States after waves of immigrants arrived in the late-nineteenth and early-twentieth centuries. Jewish publications like Forward and Algemeiner Journal were secular-facing, Yiddish-language newspapers for decades before launching English-language and online editions. (You can still read Forward online in Yiddish here.) Alongside Reform and Conservative Judaism, religious movements built around rabbis and congregations, a secular Jewish culture emerged that for many decades was thick with its own habits, food, music, and modes of living that mixed political activism (think workers’ rights, racial equality, Soviet Jewry) with a strong sense of “being Jewish” and, for a time, continued teaching its kids in Yiddish-language schools. Another stream, Reconstructionism, was promulgated by the thinker Mordecai Kaplan who envisioned Judaism not so much as observance and worship but as a “civilization,” a modern comprehensive approach to life. Communal institutions like the YMHA/YWHA (which lives on today, for example, in New York’s 92d Street Y) and Jewish Community Centers emerged to add further angles on delivering identity to the next generation of Jews in frameworks separate from religion.

In other words, the division of American Judaism into denominations, and the use of the word “Judaism” to describe only religious streams, has always been incomplete and even misleading. Judaism has many forms, and only some of them have anything to do with Sabbath or kashrut or prayer.

The Jewish culture that Hazony describes is a mere, fading shadow of Judaism.

Whether we like it or not, Jewish culture is not what keeps Judaism alive. Each example of Jewish culture Hazony mentions lasts a couple of generations and then disappears.

And, unfortunately, so would Israeliness.

There is value in Jewish culture, don’t get me wrong. And there is great value in changing diaspora Jewish culture to be more in line with Israeli culture. But it is not the key to Jewish survival.

Oblivion knocks. The two obvious alternatives—aliya and Orthodoxy—require so radical a change in one’s lifestyle that they’re non-starters for most American Jews. If those were the only options, most would choose oblivion.

But I think that there is a possibility for the future of non-Orthodox to not only survive but to thrive. And a facet of that can be seen from Hazony’s own brother Yoram, who wrote The Philosophy of Hebrew Scripture. I haven’t read it yet (should arrive by Shabbat) , but it is an examination of the Tanach from the prism of philosophy – and from a secular perspective.

Judaism is a culture, sure. But since the destruction of the Temple,  the culture has been based on the twin pillars of ritual and the study of Jewish texts above all.

These are not the exclusive domain of the Orthodox. The vast corpus of Jewish literature – that spans law, history, parables, philosophy, poetry, ethics – is available to all. And any Jew can participate in Jewish rituals.

The reason non-Orthodox American Jews are disappearing is because they have abandoned these two basic tenets. How many Reform Jews build a sukkah every fall? What kind of impact would eating and camping out in a sukkah have on their children? Especially if they explain it in terms of Jewish texts, not watered-down “universal” values.

Yiddish culture in America was not a means to preserve Judaism, but a waystation towards abandoning it. Studying Yiddish culture today may be interesting but it has little to do with Judaism, no matter how much it is infused with Jewish ideas.

Israeliness would be the same thing. There is value in Israeli culture, and Israeliness can provide a welcome sense of pride and self-confidence that non-Orthodox American Jews lack. But the values of Israeliness are second-hand compared to the original values of Judaism, and the embrace of it as means of protecting Jewish culture is not hitting the bullseye. We should unapologetically push Jewish ideas and rituals as the means to preserve Judaism.

However, there is one very important lesson that American Jews do need to learn from Israel.

Practically all of the innovations in Jewish learning over the past few decades have come from Israel. Religious education in America has not fundamentally changed in a century – Israel is where the interesting and modern twists on Jewish learning are happening.

Non-religious Israelis (not enough, but a core) get together to study the ancient texts and to find modern meanings in them. Within and without the haredi and dati communities are multiple streams of educational theories and practices that are different than in the past. There are secular “yeshivas.” David Hazony’s own The Tower has covered the renaissance of Jewish study among secular Israelis.

Yoram Hazony has gone beyond the book I mentioned and has been championing work on a Jewish counterpart to the analytical (Christian) theology being taught in universities today. Why should St Thomas of Aquinas be studied but not Maimonides? This is the sort of innovation than needs to be done to revolutionize Jewish studies in America.

Jews have a hunger to learn. But they don’t always have the appropriate tools. Israel is where these tools are being built, and those tools need to come to America and the rest of the Diaspora, along with the Hebrew knowledge that Hazony rightly advocates as a cornerstone of a revival of American Judaism.

I am not an expert on all the new streams of study happening in Israel but I know they are there. Israeliness as a culture will not be a long-term solution for American Jews, but Israel can lead the way in new methods of study and practice, way beyond the meaningless two-word mantra “Tikun Olam” that secular American Jews believe encompasses all of Judaism.

Every important ethical or moral issue of the day can be viewed through the lens of Jewish texts and thought and ritual. This is what young Jews must be taught. You can be liberal or you can be conservative – but derive your worldview based on your own people’s rich heritage of ethics and study and practice, rather than shoe-horn your Judaism into a preconceived political or social consciousness bucket.

Jews who work at studying Judaism, who can appreciate the richness in real Jewish source texts, and especially who experience Judaism firsthand, are the ones whose children have the best chance to remain Jewish. “Israeliness” won’t solve the problem – but Israeli genius at revamping how to teach Judaism can. 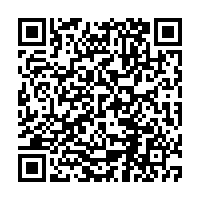