The Yesha Council of Jewish communities in Judea and Samaria demanded the immediate approval Sunday of 300 housing units in Bet El, north of Jerusalem.

Meeting in an emergency session outside the Knesset during the weekly cabinet meeting to protest a report over the weekend that the government will not publish tenders for new building in Judea and Samaria before the end of 2017, Council leaders said the time is ripe for a construction push. The report, published in the Hebrew-language Makor Rishon weekly, said Defense Minister Avigdor Liberman promised the Trump administration that the government would freeze building in the region in order to give the new administration time to jump-start peace talks with the Palestinian Authority.


“Why not build today? Why wasn’t the building started yesterday?” asked Hananel Durani, head of the Kedumim regional council, responding to a report that the housing units would be approved in September. “After all, there are no limitations, there are no quotas. We have a terrific opportunity to build.”

Settlement building has become an issue of increasing tension between Judea and Samaria residents and the prime minister since Donald Trump became president of the United States in January. Yesha Council and local Judea and Samaria leaders expected the departure of former President Barack Obama to signal the start of a widespread building program in the region, and they have been disappointed that it has not happened.

At immediate issue are 300 homes promised to the Bet El settlement in 2012, when nine homes in the community’s Ulpana neighborhood were demolished after the Supreme Court ruled that they had been built on privately-owned Arab land. At the time, settlement leaders used their influence to persuade residents to leave their homes without physical resistance, in exchange for a government promise that the nine demolished buildings would be replaced by 300 homes elsewhere in the town.

Durani said he believes the prime minister is committed to that deal as well as to expanding Jewish communities in Judea and Samaria, and he accepted Netanyahu’s unstated implication that there are “pressures” that have forced him to freeze building. But he added that the support of the Trump administration presents an opportunity for Israel to increase the pace of building.

Avi Roeh, the head of the Binyamin Regional Council, was more direct, sending a message to the Israeli government that the settlement community expects the 300 homes in Bet El to be approved “in the coming days.”

“Promises must be kept,” Roeh said. “We’re hearing from sources close to the prime minister that no more homes will be advertised for sale in 2017. We are here to express our strong objection, and we will work to ensure that there are more ads before the end of the year. It is inconceivable that as we celebrate the 50th anniversary of the settlement movement, we won’t act according to the whims or our neighbor, Abu Mazen, who continues to fund terrorism.” 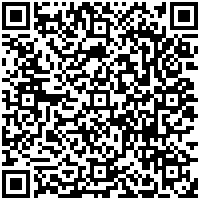