It quotes Popular Struggle Front member Mahmoud Azzak as saying “The Hamas movement rejects up to now the obligation to pay what is needed for the price of industrial diesel needed to run the power plant, saying that Hamas does not pay one shekel for the electricity that feeds the Gaza Strip from Israel and Egypt.”

Hamas wants that same deal for fuel imported from Israel – it wants the PA to pay for the entire amount (or at least to not charge tax) so Hamas can stay in power for a while longer.

Meanwhile, Hamas is holding Gazans hostage, preferring to keep them cold and dark rather than pay whatever it takes to give them power. It would rather use them to pressure the PA to provide fuel at a discount.

When Hamas was smuggling fuel from Egypt, it taxed Gazans heavily to use it.

Tomorrow are the planned anti-Hamas protests in Gaza. It will be worth following. 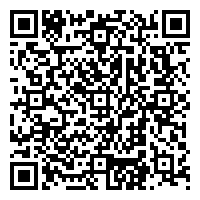