As U.S. Secretary of State John Kerry embarks on a fresh mission to prevent the collapse of the Israeli-Palestinian peace talks, the Palestinian Authority [PA] appears to be doing its utmost to internationalize the conflict with Israel.


The Palestinians want other international parties, especially the European Union, United Nations and Russia, to play a major role in the current U.S.-sponsored peace talks.

They perceive these parties as being more sympathetic to, and supportive of, the Palestinians.

The PA’s biggest fear is that Washington will try to impose a solution that would certainly fail to win the backing of most Palestinians and Arabs.

Unconfirmed reports recently suggested that Kerry was considering the possibility of forcing his own deal on the Israelis and Palestinians as early as next year.

A forced solution, Palestinians warn, would also severely undermine the credibility of the PA leadership, whose leaders would be accused by many Palestinians and Arabs of capitulating to American pressure and threats.

The PA has come to learn that U.S. threats to cut off financial aid are not to be taken seriously. The U.S. administration has previously issued similar threats, but never carried them out. The last threat came before the PA unilaterally applied for the status of non-member observer state in the United Nations.

The PA also keeps warning the Americans that financial aid cuts would lead to the collapse of the “moderate” Palestinian camp and pave the way for a Hamas takeover of the West Bank.

Kerry and his team are evidently unaware of the fact that neither Abbas, whose term of office expired several years ago, nor any other Palestinian leader is authorized to make real concessions to Israel.

The last time the Americans tried to extract concessions from a Palestinian leader was in the year 2000, when President Bill Clinton dragged Yasser Arafat to Camp David and exerted heavy pressure on him to accept Ehud Barak’s offer to hand over to the Palestinians most of the West Bank, east Jerusalem and the Gaza Strip.

The result of the U.S. pressure was that Arafat ran away and within a few weeks Palestinians launched the Second Intifada against Israel; Abbas, in Arabic, has already threatened as much.

Today, the PA is already facing growing criticism for agreeing to return to the negotiating table unconditionally three months ago. Palestinian leaders have justified their decision by arguing that Kerry forced them to drop their pre-conditions and resume the peace talks with Israel.

Palestinian Authority officials say they are now convinced that the U.S. administration has no intention to force Israel to comply with all the demands of the Palestinian negotiators, including a full withdrawal to the pre-1967 lines. That is why Abbas and his top aides have begun moves in the international community to persuade as many countries as possible to get involved in the Israeli-Palestinian conflict.

And that is why the Palestinians have recently been directing their criticism not only against Israel, but also against the U.S. administration.

PA leaders say they have lost their confidence in the U.S. administration’s ability to serve as an honest broker in the negotiations between the Palestinians and Israel.

The Palestinians also called for holding protests during Kerry’s visit to Bethlehem to express their opposition to U.S. policies in the region, particularly regarding the Israeli-Palestinian conflict. In fact, anti-U.S. protests have become a common occurrence in the West Bank each time a U.S. official arrives to meet with Palestinians.

The Palestinian Authority’s strategy now is to prove to the world that Israel is not interested in peace and the U.S. cannot be trusted with brokering a comprehensive and just solution.

The Palestinians are willing for now to pursue the talks with Israel to avoid being held responsible for the failure of the peace process. 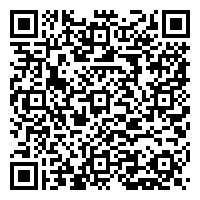