US State Department Spokesperson Jen Psaki responded Wednesday to Israel’s announcement of building 1,500 units in east Jerusalem saying “We do not consider continued settlement activity or east Jerusalem construction to be steps that create a positive environment for the negotiations.”

At no time in the course of pursuing negotiations toward a two-state solution have we condoned settlement activity or east Jerusalem construction,” she added.

Two things need to be made clear.


One is that the timing of the announcement of 1500 more housing units in Ramat Shlomo was stupid. It made it look as if Israel building in its own capital is a quid pro quo for releasing murderers. The appearance of linkage is completely unacceptable.

Secondly, Ramat Shlomo is not even close to the municipal border of Jerusalem. It is an integral part of the city, even if it is slightly over the Green Line. In no possible universe is that neighborhood or area up for negotiation.

The idea that Jerusalem must become frozen in time retroactive to 1967 is, to put it bluntly, stupid.
There are no Arab neighborhoods between Ramat Shlomo and the center of Jerusalem. There is empty land around Ramat Shlomo to expand (it is a small, dense neighborhood.)

Building there does not affect any conceivable “peace” plan.  (And it is not in “east Jerusalem,” but north.)
The question is, has the State Department ever condemned Jerusalem investing in Arab neighborhoods of Jerusalem? Or are the condemnations only for Jews?
I think we know the answer. 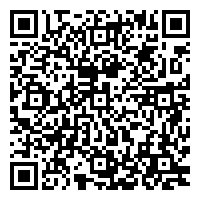