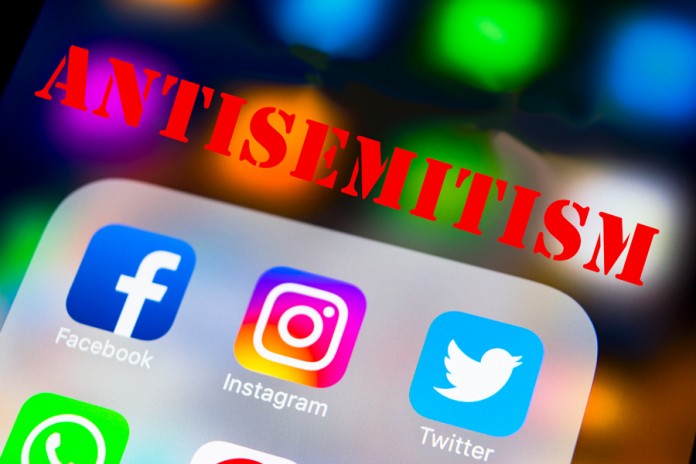 This week there were two news stories that do not bode well for the American Jewish community.

The first was the sparsely attended “No Fear” rally against antisemitism in Washington. The second was the release of a survey showing that many American Jews believe that Israel is guilty of apartheid and even genocide.
Both of these events point to a catastrophic failure of the American Jewish community.
Lauri Regan, an experienced organizer, writes a scathing critique of the No Fear rally. While many of its problems were technical, the main reason it was so small was ironically because it wanted to include as many Jews as possible.
To be successful you need a focused message and a theme people can get behind. You need to attract a core of enthusiastic participants. But the organizers were more interested in signing up liberal Jewish organizations who are either apathetic or hostile to the Jewish state and who had demanded that the rally must not be overtly Zionist – organizations who deny the existence of antisemitism from their political allies on the Left.
If the organizations attending cannot even agree on the definition of antisemitism, the event is a failure before it even starts.
What does “No Fear” even mean? It is an empty slogan. Jews are being viciously attacked in the streets and online, and a kumbaya slogan does not blunt these attacks one bit.
When you water down the message to not offend anyone, you end up with a message that attracts no one.
The real reason the rally failed is seen in the Jewish Electorate Institute poll. Together with other polls of American Jews, it shows a community that has decreasing emotional ties to Israel – and few ties to Judaism. Young Jews show the direction that the community is going – less attachment to Israel, and less attachment to Judaism.
This graphic from Pew should frighten anyone who cares about the future of American Jewry: 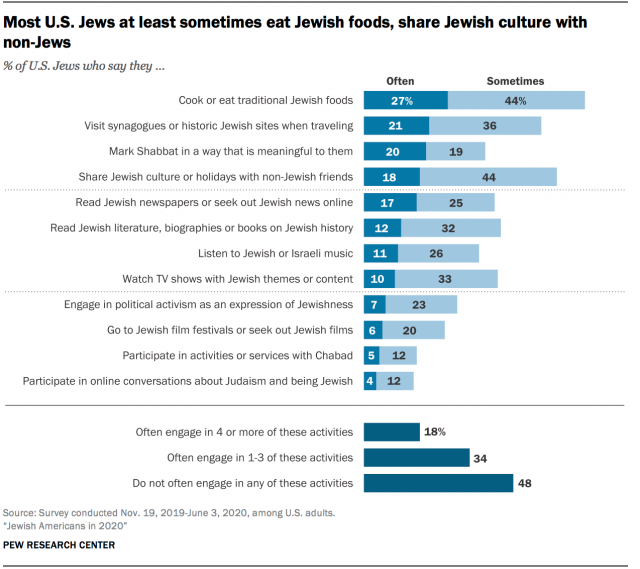 Nearly half of US Jews have no interest in engaging in any Jewish activities or showing any link to Judaism altogether.
Their apathy about Judaism and about Israel are linked.
More committed Jews tend to be more committed to Israel. Antisemites hate Israel. American Jews who are conflicted about their Judaism as similarly conflicted about Israel. Denying the links between Judaism and Israel today is denying reality.
The solution for both is the same: knowledge and pride.
Most American Jews don’t know the first thing about Judaism, and they don’t know the first thing about Israel. Similarly, most American Jews have little sense of pride in either their Judaism or in Israel.
This is the root of the failure of the American Jewish community. It is a failure of the leaders, it is a failure of the synagogues, but even more it is a failure of the parents who have the primary responsibility of instilling pride in their children.
It took generations to bring us to where we are today. It is the product of decades of caring more about succeeding in America than in instilling Jewish pride in their children.
If Jews can’t get our own act together, how can we expect non-Jews to support us?
Sadly, many of these Jews are already lost. And for too many of them, the only time they invoke their Judaism is to pretend to be heroic in their anti-Zionism.
But it is not too late for American Jewry altogether.
There are some great new groups that aim to educate and instill pride in Judaism, Israel or both. It in not necessary to be Orthodox to be a committed, knowledgeable Jew, and it is not necessary to support settlements to be a proud, enthusiastic Zionist (look at Hen Mazzig or Einat Wilf.)
Just as it took time to get to where we are today, it will take a long time to rebuild Jewish literacy and Jewish pride. It takes real commitment. It starts with your own family.
When Jews know our own history, we are equipped to defend themselves against the lies. When Jews have pride, though, we gain fans.
People are attracted to those who know who they are and who are unapologetic about it. Sure, Jews need to know enough to counter the lies, but that is only a small part of the job.  We need to be proud of our Judaism and of Israel. We shouldn’t be defensive – we should be enthusiastic. We should treat Jews in America and Israel as our family, whom we love and support even if they drive us crazy sometimes.
This is how to fight antisemitism. And it is critical to raise the next generation to know who we are: that we are Jews, we are proud, we are one people, and we are not going anywhere.
Advertisement 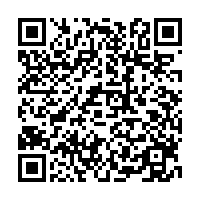