The Hajj message of Iran’s “Supreme Leader” Ayatollah Khamenei says that every single problem in the Muslim world is caused by Zionists and the West. Not a single Muslim is guilty of any crimes, terrorism, civil war, chemical weapons usage, infighting or anything else unseemly – it is all controlled by the expansive network of Zionists and their allies.

I particularly like how he positions the Syrian regime as a Muslim nation when it has been largely secular and anti-Islamist.

…The existence of civil wars, religious and denominational prejudices and political instabilities, the prevalence of cruel terrorism, the emergence of extreme groups and orientations- which like savage tribes in history, cut open the chests of human beings and rip their hearts out with their teeth- the emergence of armed mercenaries who kill women and children, cut off the heads of men and rape women and who do such horrible and disgusting crimes in the name of religion are all the products of the satanic and arrogant plots of foreign intelligence services and their regional agents.

Such plots are implemented in countries in which the ground is prepared before-hand and as a result, they create a disastrous situation for these nations and peoples. In such conditions, it is clear that one cannot expect Muslim nations to remedy their material and spiritual shortcomings and to achieve security, welfare, scientific progress and international dignity which are the results of achieving awakening and finding one’s true identity.

These disastrous conditions can abort the progress of Islamic Awakening, destroy the mental awareness which has been created in the world of Islam, drag Muslims- once more- towards stagnation, isolation and decline and consign to oblivion important and fundamental issues such as the liberation of Palestine and other Muslim nations from the transgressions of the USA and Zionism.

The most important cure for this situation can be summarized in two key phrases, both of which are among the clearest lessons of hajj:

First: unity and brotherhood of Muslims under the flag of monotheism.

Second: knowing the enemy and confronting his plans and methods.

Strengthening the spirit of brotherhood and cooperation is a great lesson of hajj. During hajj, even quarrelling and arguing with others is forbidden. During hajj, wearing the same clothes, following the same practices, making the same moves and behaving in a kind way,all mean equality and brotherhood for all those who believe in and rely on monotheism.

This means that Islam strongly rejects any idea and belief which views a number of Muslims and believers in Ka’bah and monotheism as people who are outside the circle of Islam. These orientations which are based on takfirism, which have become playthings in the hands of the treacherous Zionist politicians and their western supporters– commit serious crimes and shed the blood of Muslims and innocent people, and the people who claim to be religious, who call themselves clerics and who fuel the fire of fitna between Shia and Sunni and other denominations- should know that the hajj pilgrimage will thwart their claims.

I, like many Islamic scholars and sympathetic personalities in the Islamic Ummah, announce that any statement or action which fuels the fire of discord among Muslims, any insult to the sacred beliefs of each one of the Muslim denominations and any act of takfirism against Islamic denominations equals serving the camp of atheism and polytheism and betraying Islam. All of these things are haraam.

Knowing the enemy and its methods is the second important factor. First, we should not forget about the existence of a spiteful enemy. Performing the ritual of the stoning of the jamarat during hajj is a symbolic sign of this awareness. Second, we should not make a mistake in knowing the main enemy, who in the present time is global arrogance and the criminal Zionist network.

Third, we should properly identify the methods of this hostile enemy which is creating discord among Muslims, promoting moral and political corruption, threatening and tempting outstanding personalities, exerting economic pressures on all nations and arousing doubts about Islamic beliefs. Moreover, we should identify their agents and those who are, knowingly or ignorantly, dependent on them.

Arrogant governments, headed by the USA, conceal their true character with the help of comprehensive and advanced propaganda tools. By claiming that they support human rights and democracy, they deceive public opinion in different countries. They speak about the rights of all nations while each day Muslim nations feel- with their bodies and souls- the fire of discord more than the past. 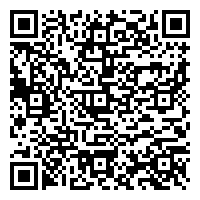