{Originally posted to the author’s blogsite, Elder of Ziyon}

Eight European Union countries wrote an official protest letter to Israel, demanding over €30,000 ($35,400) in compensation for confiscating and demolishing structures and infrastructure which the countries had built in Area C of the West Bank, which is under full Israeli control.

A senior European diplomat told Haaretz that the letter, which is the first of its kind, was expected to be delivered to senior Foreign Ministry officials within a few days.

According to the European diplomat, Belgium was leading the move. The other countries involved in drafting the letter are France, Spain, Sweden, Luxembourg, Italy, Ireland and Denmark. All eight countries are members of the West Bank Protection Consortium, a body through which they coordinate humanitarian assistance to Area C.

The existence of the protest letter was first reported by the French newspaper Le Monde. In the letter, the eight countries stressed that if Israel does not unconditionally return the equipment it seized, they would demand compensation. The demolition and seizure of humanitarian equipment, including school infrastructure, and the interference in the transfer of humanitarian assistance contravenes Israel’s obligations under international law and causes suffering to the Palestinian residents, the letter said.

The letter is the second step these countries are taking on this issue. A month and a half ago, diplomats from the eight countries came to meet with the head of the Foreign Ministry’s Europe desk, Rodica Radian-Gordon, to protest Israel’s actions against Bedouin communities in Area C.

According to a senior Foreign Ministry official, Belgian Ambassador to Israel Olivier Belle said during the meeting that if Israel did not return the equipment it had seized, his country would formally demand compensation. Belle was the only one at that meeting to raise the issue of compensation, but in the ensuing weeks he apparently managed to persuade his colleagues to turn the demand into a joint agreed-upon position that would be officially conveyed to Israel.

Israel categorically rejects the demand for compensation. Israel’s position is that the European activity in Area C is not humanitarian assistance but illegal development that is being done without coordinating with Israel and with the aim of strengthening the Palestinians’ hold on Area C. The European position is that under the Geneva Convention, Israel is responsible for dealing with the everyday needs of the Palestinian population in Area C, and since it is not doing so, the European states are stepping in with humanitarian aid.


The official EU position towards Area C is totally at odds with international law. The Oslo process says that Area C remains under Israeli control until there is an agreement over borders, but the EU says that Area C is Palestinian – period.

In line with the recommendations of the EU Foreign Affairs Council Conclusions, the European Union works in Area C on two fronts: humanitarian assistance and development.

The EU provides humanitarian assistance to communities in need in Area C in accordance with the humanitarian imperative. At the same time, the EU works with the Palestinian Authority to develop Area C and support Palestinian presence there. This includes projects promoting economic development and improving the quality of life of Palestinian communities in the areas of the private sector development, the environment and agriculture. The EU consults with the local communities themselves and the Israeli authorities where necessary.

The EU obviously doesn’t consult with Israel when it builds buildings and other structures. But they admit that their primary partner in deciding what must be done in Area C is the Palestinian Authority – even though they know quite well that Israel controls construction and planning.

In other words, the EU’s presence in the area is an end-run around signed agreements and an attempt to impose facts on the ground. They are saying it themselves.

The idea that this is humanitarian is a joke. They are trying to attract more Palestinians to Area C and away from the areas under partial or full PA control.

The reason? To stick it to Israel.

Last August, the EU quickly erected several schools in West Bank villages right before the school year began. Each building took only a day or two to build. There were no permits and in fact for one of the schools Israel explcitly gave an order to stop all work on the building.

The EU ignored Israeli policy, and indeed Eu-recognized international law (if you assume that Area C is “occupied” then Israel has the sole right to decide what gets built and where.)

The EU called their media buddies at the Independent to write anti-Israel articles and to describe how awful it was that the children had lost their school that they never had.

The entire episode was a made-for-TV drama, with sad kids being “forced” to study in a tent. 80 children that had been in other nearby schools the year before were portrayed as being stuck without a chance at an education.

I’ve seen these villages that these people live in. They are being constructed all over Area C, with EU flags displayed prominently outside. A dozen or so shacks and mobile homes placed haphazardly on hills that were empty a few years beforehand. This is all illegal EU building, and also an illegal transfer of people from their homes in Areas A and B to Area C where they can pretend to suffer from Israeli restrictions.

Here is a time lapse from Google Earth showing how these structures have been placed to maximize the land grab in Area C over the past few years in just one small section of Area C near Jerusalem:

The EU is not trying to build communities with orderly roads and infrastructure. It is trying to steal as much land in Area C as it can to give to Palestinians.

And now it wants to sue Israel to be compensated for acting illegally?

This is chutzpah, and it is proof positive that the EU is rabidly anti-Israel. 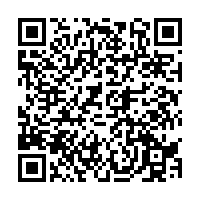