While the world is falling over itself to declare Israel guilty for the death of Shireen Abu Akleh, no one seems to be talking about how careless and negligent the Palestinian Authority has been in its “investigation.”

I’ve watched lots of videos from the spot where Abu Akleh was killed in Jenin, but I have not seen one that shows the Palestinian police.
Think about every crime scene you have ever seen, in person or on TV. Reporters and residents are kept away, while the police try to preserve the scene, tag and photograph the position of all the bullets, and do everything a proper forensics unit does.
But in Jenin on May 11, there was no hint of police.
Here is where she was killed, not long thereafter, before the tree turned into a full fledged memorial.

Where is the caution tape?

More importantly, the audio shows that there were at least a dozen bullets seemingly from the same source. The PA has one of them – the one that hit Shireen. Where are the rest of them? Any one of them could show that the IDF had fired in that direction – why doesn’t anyone seem to have them?

Either the Palestinian police – funded by the West – is spectacularly incompetent, or they are hiding important data from the public.

The people who are investigating using open-source tools don’t seem to be bothered by the fact that there is so little information being shared from the supposed side of the victim. 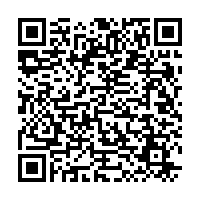