After long hours of negotiations and after coalition and opposition parties have reached a last-minute agreement, the Knesset plenum approved overnight Tuesday the law dissolving the Knesset in a first reading, and, in effect, launched the fifth election in three and a half years. Theoretically, the next few hours may still witness a viable effort on the part of the right-wing opposition factions to establish a 61-seat replacement coalition government, but the chances it would happen are minuscule.

So, here is the schedule for the next 48 hours, give or take an hour:


1. Tuesday-Wednesday – passing the Knesset dissolution bill in its second and third reading. Also, all the factions agreed on a final highway robbery of the taxpayers – an increase of NIS 30 million ($8.75 million) in campaign finance. And a couple of last-minute legislations: increasing support for victims of war and terrorism, and finally paying out the stipends that were promised to self-employed Israelis during the omicron pandemic. Oh, and they’ll kill the Metro transportation mega-project at a savings of NIS 150 billion ($44 billion).

2. By midnight on Wednesday, the Knesset will be dispersed. The MKs are expected to go on short vacations with their families whom they won’t see again afterward for the duration of the election campaign.

Incidentally, like Bennett, PM Lapid can’t move into his official residence on Balfour Street in Rehavia, Jerusalem, because it’s not ready. But since Lapid does not wish to repeat his predecessor’s mistake, he will not remain in his Ramat Aviv residence on account of the optics and will find himself a proper, official apartment in Jerusalem. 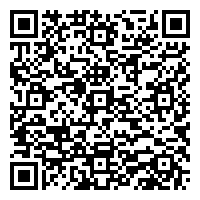