David Halbfinger of the New York Times wrote an infomercial for J-Street in his story about their trip to Israel:

Birthright’s avoidance of the Israeli occupation of the West Bank has made it the target of angry protests by left-leaning Jewish activists. But for sheer ambition, no critique has approached this week’s attempt by the liberal lobbying group J Street to map out an alternative route for Birthright’s tours.


“Sheer ambition?” As he writes later on, nearly all of the people who attended were already J-Street:

Many of the young people on the tour had been to Israel before, some on Birthright trips, and most were already activists with J Street’s campus arm.

Which means that hundreds of synagogues arrange trips to Israel every year for their members that are equally “ambitious.”

The slant of the piece can be seen in every paragraph:

The ride to Har Gilo, just south of Jerusalem, took the bus through an Israeli checkpoint. Hagit Ofran, a leader of Peace Now, addressed the group over a microphone and described how soldiers decided which motorists to stop: “To look suspicious,” she said, “you need to look Arab.”

It was a bracing how-do-you-do for liberals unaccustomed to blunt racial profiling.

Isn’t the entire point of the checkpoint to stop Arab terrorists? Would it make sense to stop Jews when they don’t try to stab other Jews? Are Arabs with Israeli license plates stopped?

These questions aren’t asked, of course, Israel is simply accused of “racial profiling: without a single voice to delve deeper. (Which is the supposed point of this farce of a tour.)

But it was atop Har Gilo, peering out over the southern West Bank, that the travelers began to see troubling aspects of a country they had mainly loved from far away.

Down below was the separation barrier, with decorous brickwork beautifying the side facing an Israeli settlement. The Palestinian village on the other side looked upon a crude concrete slab.

Once upon a time, both villages faced an ugly concrete slab. The Jews decided to beautify it. The Palestinians decided to leave it there, or to use it for political graffiti. Whose fault is that?

Another fact about Gilo that J-Street apparently didn’t want their members to know: There was once another concrete barrier between Gilo and Beit Jala, because Jews there had been subjected to constant sniper fire during the second Intifada. When the security improved, Israel took down the wall.

But since that doesn’t fit the narrative of evil Israel, J-Street won’t say it.

Many of the young people on the tour had been to Israel before, some on Birthright trips, and most were already activists with J Street’s campus arm. But they were still unprepared for Susiya.

Nasser Nawajah, a Susiya resident and activist with the Israeli human rights group B’Tselem, told Susiya’s story: Evicted from their old homes just downhill to make way for an Israeli archaeological site, Susiya’s shepherds had set up a ramshackle collection of tents and huts here in their fields, lest their grazing lands be taken from them as well.

Arabs didn’t live in Susiya until well after Oslo. Meaning that the entire village is a land grab for Area C, not an old Bedouin encampment that now has cinder block homes.

Did J-Street mention that little tidbit, or did they let the students believe that Israel was demolishing a centuries-old village?

Of course, Halbfinger cannot resist reporting on how the trip changed a long time, dyed in the wool Zionist into someone who is now disgusted by Israel:

By dinnertime, two participants said they were reconsidering their belief in a Jewish state. Jesse Steshenko, 19, of Santa Cruz, Calif., who has a Star of David tattooed on his right wrist, said he was “disgusted” with Israel’s government.

“I came in here a very ardent Zionist,” he said. “You never know when a Holocaust might happen again. Yet, coming here, I’m starting to doubt whether a two-state solution is possible — and whether Zionism is even worth pursuing anymore.”

Interestingly, someone his age with his name was a member of Junior States of America, a mock Congress, and he introduced a resolution that called Israel an apartheid state and demanded that the US recognize Palestine on the “1967 borders” – including the Western Wall and Jewish Quarter of Jerusalem. 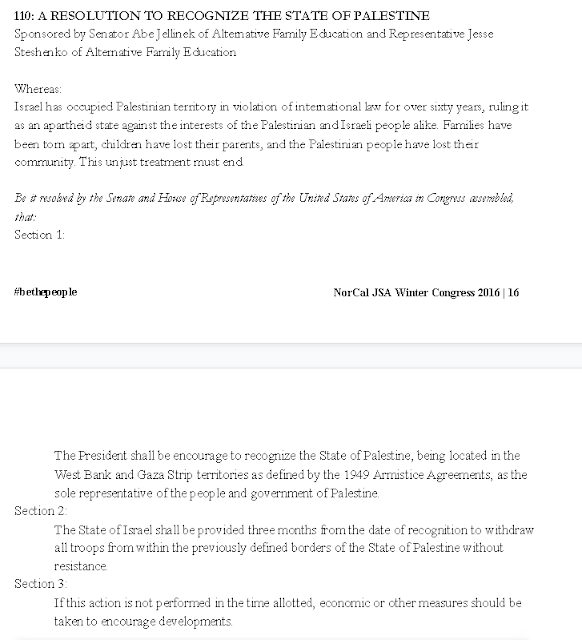 Does that sound like an ardent Zionist to you?

Reporters are supposed to think critically. But sometimes, some groups get exceptions. 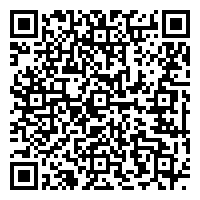