…Roger Waters will make the presentation to Harry Belafonte accompanied by a special guest.

Yes, when Amnesty wanted to choose someone to present its highest honor, they chose someone who demonizes Jews and Israel.


Besides including the symbol of Judaism on an inflatable pig at numerous concerts, Waters recently specified how someone he disagreed with was Jewish, as if that is all that is needed to explain her odious (to him) actions.

Waters also consistently calls for the boycott of the only country in the region to respect basic human rights. For Palestinians. (As I’ve documented numerous times, the human rights record towards Palestinian by Jordan, Egypt, Lebanon and Syria are particularly odious.)

This is the person that Amnesty chooses to present a humanitarian award.

Belafonte definitely deserves to receive humanitarian awards. But he should refuse to accept any from Waters. You can tell him that on his Facebook page. 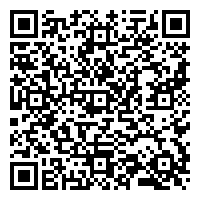