A Saudi court sentenced a preacher convicted of raping his five-year-old daughter and torturing her to death to eight years in prison and 800 lashes, a lawyer said Tuesday.

In a case that drew widespread public condemnation in the kingdom and abroad, the court also ordered Fayhan al-Ghamdi to pay his ex-wife, the girl’s mother, one million riyals in “blood money,” lawyer Turki al-Rasheed told AFP.

Blood money is compensation for the next of kin under Islamic law.

Ghamdi’s second wife, accused of taking part in the crime, was sentenced to 10 months in prison and 150 lashes, said Rasheed, who is the lawyer of the girl’s mother.

Ghamdi was convicted of “raping and killing his five-year-old daughter Lama,” he added.

The girl was admitted to hospital on December 25, 2011 with multiple injuries, including a crushed skull, broken ribs and left arm, extensive bruising and burns, activists said. She died several months later.

Ghamdi, a regular guest on Muslim television networks despite not being an authorized cleric in Saudi Arabia, had confessed to having used cables and a cane to inflict the injuries, human rights activists said earlier this year.

Randa al-Kaleeb, a social worker from the hospital where Lama was admitted, said the girl’s back was broken and that she had been raped “everywhere”.

Reportedly, Ghamdi had tortured and raped his daughter after he had doubted her virginity.

In fact, this sentence is an improvement over what originally happened in this case.

Last February, Ghamdi was released from prison altogether because a judge figured the blood money was enough punishment for him. Apparently, an international outcry caused this re-sentencing.

This also shows the importance of shaming Arab countries into causing them to act like normal human beings, even if they fight it all the way. 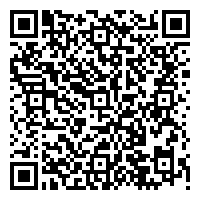