Last winter in February, I was in Zurich, Switzerland, for my first time staying at the Ambassador Hotel on my way home from Israel. I had one day there and I began wandering around in the nearby old town of Zurich rather aimlessly. Like a good reporter, I managed to forget my camera in the car of a friend in Ashkelon back in Israel, had no notebook, no pen (it was out of ink), and I had managed to arrive in what was the coldest week in Zurich for years without any mittens. I was fighting a head cold and after downing two cups of coffee (where I noticed prices were worse than Tel Aviv), wearing several layers of clothing, I started out walking near the Zurich Lake (windchill off the Lake made it even more unpleasant). Within the first minute I managed to lose the city map of Zurich that my hotel gave me (probably when I put my freezing hands inside my coat) such that I really had no idea where I was going. In fact I considered returning to my hotel, putting a sticky note on my forehead that said “Loser” and calling it a day.


I knew I was in the old Towne of Zurich because I could see the old city walls. I decided to stop in at a really nice looking design art type store not because I was looking to buy anything but more because I wanted to get a blast of heat. On my way out right next to it, I was rather surprised (in fact stunned) to see a sign that I thought meant “Synagogue.” (In fact I have since learned the sign said “Synagogue Alley”)

I looked up and followed the sign down the lane but could not see anything that remotely looked like a synagogue so I went back to the art shop for another blast of heat and asked where the synagogue was.

“Oh no, there is not any synagogue there anymore. There used to be one a long time ago,” the friendly shopkeeper said. “Where is the old synagogue. Which building ?” I asked rather confused. “Oh, it’s in the shop next door. It used to be a synagogue.”

I walked to the building next door which was a music and book shop with a big black grand piano at the back near a window. I asked the Swiss man behind the counter who said his last name was Steinemann if this used to be a synagogue.

“Yes,” he said, and showed me that the synagogue had been near where the piano had been, in an area of the store with windows where I could see that parts of a very old looking original floor still remained.

“This was where the oldest synagogue in Zurich was,” he said.

Not bad, I thought to myself. What were the chances of my finding this in the first hour of my aimless meanderings? It’s like someone had been directing my feet to find this.

I asked if there were any pamphlets or photos of what the synagogue looked like or anything that could tell me something about its history. He showed me a two page explanation about the old synagogue that was tucked away near a back exit where no one would see or notice it. It was written in German. I asked if he had any English material about the synagogue. “No,” he said.

I made a mental note (since I had no pen) to try to discover the story behind the Synagogue/ Book and Music shop, realizing that I had probably come across the area where there had been a Jewish ghetto.

It turns out that in fact I had accidentally happened upon a main street in what was the Jewish ghetto in medieval times when Christendom ruled, when Jews were banned from most occupations and restricted as to where they could live. (Remember that in Medieval times, the population believed the deicide charge that, as was written in the Gospels, Jews had been behind the killing of Jesus). The Jews of Zurich were forced to become moneylenders (since “usury” was prohibited for Christians) and although the government of the day took much of the interest that the Jews charged, the average person didn’t know this, which only enabled them to dislike Jews more.

In fact, Jews in Switzerland at the time were required to wear the “Judenhut” (or Jew’s hat), with the occasional exemption of Jewish physicians. Because of the prohibition against usury the Jews could not be gone for long or else the economic functioning of Swiss society would have ceased.

It so happens that during the Middle Ages there was a narrow stream that ran behind the synagogue, which I had accidentally found. In February 1349, the corpse of a small Christian boy was found in the stream. The Black Death had struck Swiss cities in the preceding months, and the Christians believed that the Black Death occurred because the Jews were poisoning the wells. The mourning crowd in the Grossmunster Cathedral (where the body of the little Christian boy was taken) concluded that he must have been murdered by the Jews, and it was believed that the Jews, of course, must have been attempting to poison the nearby well. The raging Christian crowd burst out of the church and ran to the Jewish ghetto, where they pulled out every Jew they could find out of their homes and almost overnight Zurich was cleansed of Jews, with 600 of them being burned at the stake.

Since finding this site of the old Zurich synagogue, I asked Dr. Catherine Chatterley, founding director of the Canadian Institute for the Study of Antisemitism, about this strange notion that the Jews were responsible for the Black Death and she told me that “Jews were associated with the Black Arts (sorcery and magic) in the European imagination during this period. They were believed to be in league with the devil and engaged in a conspiracy to destroy Christendom. Poisoning the wells and killing off the European population was assumed to be part of this ‘anti-Christian conspiracy.’ Hundreds of Jewish communities were destroyed in 1348-49 with Jews being burned alive or drowned. Historians have documentation, including that of Pope Clement VI’s physician, that proves Jews were also dying of the plague, but that had no effect on the paranoid psyche of the time.”

As described by Paul Doolan, (http://www.pauldoolan.com/2010/04/here-is-photo-of-pretty-street-in.html ) who has taken some great photos of the street and the site of the former synagogue as they exist today, “Those who were official residents of Zürich were burnt at the stake [in February 1349] after being tortured, those who lived under the protection of the Holy Roman Emperor were tortured, and then deported. Men, women and children met the same fate. Only a few managed to flee. Almost overnight Zürich had been completely emptied of Jews.”

According to the clerk at the front desk of the Ambassador Hotel who was very nice about trying to translate the German pamphlet I received from the Music/ Book Shop (especially since my request was not the usual “can I get another room key” request) some Jews managed to get back into Zurich and in 1363 the synagogue was active again (until the Jews were re-expelled).

The long and the short of it is that Jews were banned from living in Zurich from the 15th century until the mid-19th century. Only in 1868 were Jews allowed to become Swiss citizens.

Post Script: Since discovering the site of this old synagogue, I looked up the origins of the Swiss flag- which has a white cross on it. It appears to mark when Switzerland during the Middle Ages was part of Charlemagne’s great continental empire and was a sign of leadership in the Christian continent. 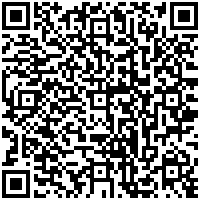