Saudi women seeking to challenge a de facto ban on driving should realize that this could affect their ovaries and pelvises, Sheikh Saleh bin Saad al-Luhaydan, a judicial and psychological consultant to the Gulf Psychological Association, told Saudi news website sabq.org.

Driving “could have a reverse physiological impact. Physiological science and functional medicine studied this side [and found] that it automatically affects ovaries and rolls up the pelvis. This is why we find for women who continuously drive cars their children are born with clinical disorders of varying degrees,” Sheikh al-Luhaydan said.

Al-Luhaydan’s statement drew immediate reaction on social media, with many Saudis ridiculing his “great scientific discoveries.” An Arabic Twitter hashtag “Women_driving_affects_ovaries_and_pelvises” was created and is going viral among Arab users. 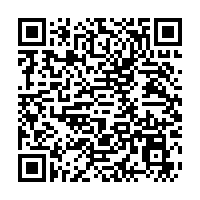