During the years of Mubarak’s rule, he had only three true supporters: his wife Suzanne and his sons Gamal and Alaa. All of the other figures that surrounded Mubarak were politicians and sycophants who took advantage of their proximity to the president to extract favors as long as he was able to grant them. The moment that they felt that he was weak, they abandoned him to the fate of dismissal and the defendant’s cage. In contrast, in Mursi’s case there were, and still are, tens of millions of supporters who are ready at a moment’s notice to fight to the end, in order to return him to power. This is the reason for the contrast between the ease with which Mubarak was taken down and the difficulties that the army has been experiencing in its attempts to stabilize the state since Mursi was thrown out of office about three months ago, at the beginning of July of this year (2013).

The most important and sensitive indicator of the current state of political stability is what is happening in the educational system: If the schools open on schedule, students go to school as usual and studies in all of the institutions are conducted normally, it is a sign of a stable state, and a functional government, based on legitimacy and wide public acceptance. When life is disrupted, the first thing to be harmed is the educational system because parents don’t send their children out into the streets in a situation that they consider to be dangerous.


The Egyptian school year was supposed to begin these days. But despite the fact that many of its leaders are behind bars, the Muslim Brotherhood came out with the rhyming slogan: “La Dirasa wala tadris hata yarga al-Rais” – “No school and no instruction until the president’s return”.

The universities are more than just institutions of higher learning, because they also serve as a meeting place, a place to express solidarity and a field of activity for the young guard, the energetic ones of the Muslim Brotherhood, who are quite aware that after they successfully finish their academic studies, there will be several years of searching for work in their field, and many frustrations and disappointments stemming from the widespread protectionism that exists within the Egyptian job market, and certainly within the governmental job market.

Today, when the average age of marriage has risen to over thirty years of age because of economic difficulties, the young men and women channel their energies, their frustrations and their aggression into the political arena, in the absence of any other legitimate channel in a conservative society such as Egypt’s.  Because of their age and family status, the pupils and students do not yet need to submit to the need for bribery and flattery that family heads have to, in order to maintain their livelihood, and this allows them to say, and even to shout, truth to power and its henchmen.

In high schools, colleges and universities throughout Egypt, and especially those in indigent and traditional areas, there are many demonstrations these days. Although these demonstrations are mostly peaceful in character, they express the emotions of the masses, who are enraged that the revolution has led to the downfall of the Muslim Brotherhood. Some of the youths are armed, mainly with knives and handguns, and there is high potential for violence to break out.

In parallel with the teachers’ strike there have been attempts to organize commercial strikes, but these attempts have failed because many of the unemployed in Egypt are street vendors who are not unionized, so it is difficult to get them to cooperate, since their income will suffer.

As of this writing, the UN Economic Council in New York is currently conducting activities, where Egypt is represented by Nabil Fahmi, the army-appointed Foreign Minister in the current military government. This is another reason for ferment among the supporters of the deposed president, Mursi, and they have been organizing protest demonstrations in front of UN representatives in Egypt. These demonstrations, should they become habitual, might bring about a violent response from the army, similar to the violent evacuation of Rabia al-Adawiya Square last month (August, 2013), which cost the lives of dozens of people. 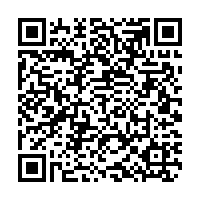