MK Ayman Odeh repeats a popular lie when he writes in Haaretz:

The pine tree was the main symbol of the new [Jewish National Fund]; it grows quickly and doesn’t need much depth to strike roots. Like the British before it, the JNF chose the pine tree instead of expanding the natural Mediterranean woodland that grew in the Judean Hills. The pine looks nice, but it’s a foreign implant in the local environment and endangers it because it’s especially flammable in our dry, hot climate.

I debunked this claim in 2016, but here is some more proof.

The Survey of Western Palestine, Special Papers on Topography, Archaeology, Manners and Customs, Etc · Volume 4, By Palestine Exploration Fund · 1881, quotes a 7th century observer of large pine forests in the center of the land of Israel:

From Underground Jerusalem: An Account of Some of the Principal Difficulties Encountered in Its Exploration and the Results Obtained. With a Narrative of an Expedition Through the Jordan Valley and a Visit to the Samaritans, by Sir Charles Warren, 1876:

In The Trees and Plants Mentioned in the Bible by William Howse Grosser, 1895, we learn that the Aleppo (Jerusalem) pine was the most popular tree in Palestine: 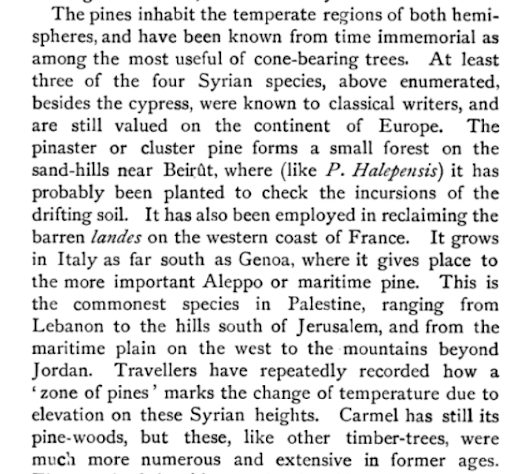 The people who claim that the pine tree is a recent import also tend to think that Jews themselves were only recently introduced to the region. They are equally wrong in both assertions. 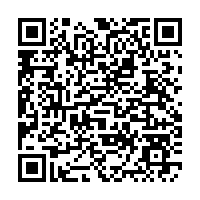