We recite Hallel on every Yom Tov, on Rosh Chodesh and on Chanukah. Let us examine the nature of Hallel and the reason for saying it. On Yom Tov we say the full Hallel, whereas on Rosh Chodesh we say an abridged (or half) Hallel, omitting two chapters. The Gemara (Arachin 10b) explains that the halacha of saying Hallel is derived from the verse (Yeshayahu 30:29), “The song will be yours as on the night of the sanctification of the chag” – indicating that one should praise Hashem on the days sanctified as festivals. On Rosh Chodesh we say the abridged Hallel to emphasize that Hallel on Rosh Chodesh is a custom and not a din, a law (Mishna Berura 422:2). The Sephardic custom is not to say a beracha on the incomplete Hallel (Shulchan Aruch, Orach Chayim 422:2).

The Difference Between Pesach and Sukkos

Everyone has surely noticed that the recital of Hallel on Sukkos is not like Hallel on Pesach. On Sukkos we say the full Hallel every day whereas on Pesach we say the full Hallel only on the first day in Israel and on the first two days abroad. The Gemara (Arachin 10a-b) explains that the reason is that the days of Sukkos differ from each other in that the number of sacrifices offered in the Holy Temple changes each day, and therefore each day is like a Yom Tov unto itself, whereas during Pesach the same number of sacrifices is offered each day.

‘At Your Enemy’s Fall, Do Not Rejoice’

The Bais Yosef cites the halacha (Orach Chayim 490:4) but mentions another, completely different reason. He cites Shibbolei HaLeket, which quotes the Midrash stating that during Pesach we say the full Hallel only on the first day because the Egyptians drowned in the sea and we are told: “At your enemy’s fall, do not rejoice” (Mishlei 24:17). The Maharsha wondered (Berachos 9b) why the Bais Yosef ignored the Gemara (Arachin 10a), which considers the fact that the sacrifices of each day of Pesach are identical as the reason for not saying the full Hallel all of Pesach, and only quoted the Midrash’s reason. Moreover, the Bais Yosef himself cites that Gemara’s reason when treating the laws of Sukkos (Orach Chayim 844). We might ask: Why did the Bais Yosef change his reasoning when explaining the halachos of Pesach and only cited the Midrash’s reason?

Yeshuos Yaakov (on Shulchan Aruch 490, ibid.) explains that there are two reasons for saying Hallel: because of the Yom Tov and because of a miracle that occurred. There are holidays that do not commemorate a miracle – Shavuos and Sukkos – and saying Hallel is required because of the Yom Tov. But sometimes Hallel is said because of a miracle that occurred such as during the eight days of Chanukah, when we say Hallel is a rabbinic edict even though Chanukah is not a festival. The seventh day of Pesach stands out from other holidays in that, aside from being a Yom Tov, a miracle occurred at that time – the sea parted for our forefathers. Therefore, if we want to know why we do not say the full Hallel on the seventh day of Pesach, we need an explanation that will fit both unique characteristics of that day – its sanctity and the miracle.

When the Bais Yosef discusses Sukkos, he cites the reason why that festival differs from Pesach: Because, as the Gemara (Arachin, ibid.) states, the sacrifices were different on a daily basis, and therefore the full Hallel is recited on all the days.

However, when he discusses Pesach, he is faced with the difficulty that a great miracle occurred, which is reason enough for saying the full Hallel. And that is why he cites the Midrash – to explain why we only recite an abridged Hallel after the first day(s). 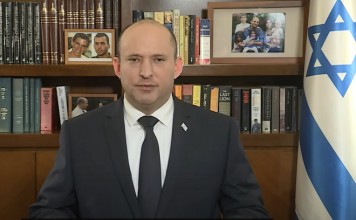 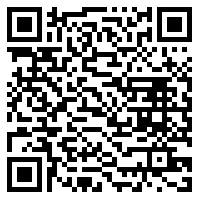