Shocked at the “incomprehensible” killing of a wheelchair-bound amputee protester by Israeli security forces, the top United Nations human rights official has called on the country to open an independent and impartial investigation into the incident.

“International human rights law strictly regulates the use of force in the context of protests and demonstrations. The lethal use of firearms should only be employed as the last resort, when strictly unavoidable, in order to protect life,” Zeid Ra’ad Al Hussein, the UN High Commissioner for Human Rights, said on Tuesday.

“However, as far as we can see, there is nothing whatsoever to suggest that Ibrahim Abu Thurayeh [the protester] was posing an imminent threat of death or serious injury when he was killed,” he added, stressing: “Given his severe disability, which must have been clearly visible to those who shot him, his killing is incomprehensible – a truly shocking and wanton act.”

According to the news release, Ibrahim Nayef Ibrahim Abu Thurayeh, a 29-year-old man from Gaza, who reportedly had both legs amputated after an Israeli attack on Gaza in 2008, was among hundreds of Palestinians marching across farmland towards a fence following Friday prayers on 15 December to protest against the United States’ decision to recognize Jerusalem as the capital of Israel.

He appears to have been killed by a bullet to the head when he was approximately 20 meters from the fence, it added.

Here’s what this “human rights official” doesn’t bother to say:

Israel’s military said no live fire was aimed at Abu Thraya and it was impossible to determine the cause of death. It said its investigation was hindered by the refusal of Palestinian authorities to share details of his injuries.

“It is impossible to determine whether Abu Thurayeh was injured as a result of riot dispersal means or what caused his death,” the Israel Defense Forces said in a statement. “The initial investigation indicates that no moral or professional failures were identified.”

The only source for Abu Thraya’s death is – Hamas.

The only source saying that he was shot in the head is – Hamas.

The only source that his death came from an Israeli bullet is – Hamas.

And when Israel tries to investigate, the Palestinians don’t cooperate.

Isn’t that convenient? I mean, it isn’t as if there haven’t been many times that Palestinians were killed by their own actions and they falsely blamed Israel.

And there is more about Abu Thuraya.

Tomer Ilan did some very impressive research to show that the alleged victim of Israeli fire was not some civilian protester but a known terrorist. Excerpts:

*** Membership in Force 17 ***
Abu Thuraya is mentioned in a 2005 report from Gaza by British newspaper the Independent as a member of Force 17:
“Ibrahim Abu Thuraya, a member of the Palestinian presidential security group Force 17, who was shot three times in the leg [by HAMAS]”
His membership in Force 17 is also mentioned in the book “Hamas: The Islamic Resistance Movement By Beverley Milton-Edwards, Stephen Farrell“ where an interview with him from 2005 is quoted:
“Ibrahim Abu Thuraya, a twenty-year-old member of the Palestinian Authority’s Force 17”
The above book is also quoted in a Newsweek article on his death from 15 December 2017.
Force 17 was a commando and special operations unit of the Palestinian Fatah movement and later of the Office of the Chairman of the Palestinian Authority. Force 17 was founded in the early 1970s by mega-terrorist Ali Hassan Salameh, murdered Israeli civilians in Cyprus in 1985. After the outbreak of the 2nd Intifada II, Force 17 was involved in shooting and mortar attacks against Israelis both on the West Bank and in Gaza.
*** Sources describe Abu Thuraya as a “Colonel” militant in Hamas ***
After his death, some sources have described Abu Thuraya as a “Colonel” in the “Resistance” (Hamas):
Russia Today News (RT News) have reported in their Arabic edition on 15 December 2017: “Colonel” Ibrahim Abu Thuraya “Qaid” Palestinian resisted the Israeli army half body”. He is named “El Aqid”, a rank used in Hamas and equivalent to “Colonel” in Western armies.
Interestingly, the same story in RT News English edition bears no mention of the Colonel rank. The report naming him “Colonel” is repeated in several other Arabic language publications such as .
Al Mydan News, a publication in Egypt, describes him on 16 December 2017 as “a 29-year-old Palestinian militant”.

For all we know, the disabled Abu Thuraya might have chosen to be “martyred” by his fellow Hamas members in order to elicit exactly this sort of reaction from the UN and world media.

Farfetched? Maybe. But only maybe.

Here is a photo of the legless man from May during another protest. What is strange about this picture?

Ibrahim’s Hamas pals took him out of his wheelchair and placed him on the hard ground by himself, just so their complicit reporters could take a pathos-filled picture of a disabled man who cares so much about freedom that he goes out, alone, with only a flag to protect him.

The only reason that picture could be taken is if Abu Thuraya wanted to engage in his own Pallywood production of a poor legless man pathetically protesting while immobile.

Clearly, the man is happy to act as a victim to make Israel look bad.

Could he also have been complicit in his own death? A man who probably has no marriage prospects, no ability to fight, and useless to his cause – except for becoming a martyr?

I have no evidence for this. It is all conjecture. I dislike conspiracy theories. But there is more to this story than is being reported, and there is a reason the Gaza officials aren’t being transparent.

But our UN “human rights” official isn’t calling for Hamas to cooperate. He’s only calling on Israel to allow a kangaroo court to come and make their foregone conclusions.

UPDATE: My conjecture may be right. From RT:

The Palestinian’s brother told Ruptly that Thurayeh knew he would not be coming back from the protest alive. “Yesterday my brother said to me while he was eating dinner us: ‘Brother, forgive me. This is the last night you will see me. And you, my mother, forgive me, and you my sisters, you all forgive me…’

“He kissed the hand and the leg of my father and said to him: Father, forgive me. This is the last night you will see me, as I intend to be a martyr. I am bored of this life, I have no legs and I have nothing. I want to die and rest from life.”

His mother told Ruptly that her son wanted to “sacrifice himself for the homeland,” adding that “he has become a martyr.” His father said that his son died for Jerusalem.

A person in a wheelchair would not be afraid of dying at a protest. There is definitely something going on here.

UPDATE 2: A more detailed statement from the IDF from that same RT article:

According to the military, no live fire was aimed at Thurayeh during the “extremely violent” Friday protest. “Few controlled shootings were carried out towards main instigators,” an Israeli military spokesperson told +972 Magazine on Monday. “Troops received approval prior to shooting each round by a senior commander in the field. No live fire was aimed at Abu Thuraya.” 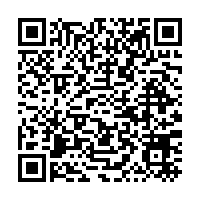