Nine Bnei Menashe couples, all of whom immigrated to Israel from Manipur, India, last month, on Tuesday got married in a group ceremony at Shavei Israel’s absorption center in Kfar Hasidim, in the wake of their formal conversion.

Batyah and Hillel Haokip, 23 and 25 respectively; Daniel and Mayah Haokip, 38 and 36; Gideon and Tehila Haokip, 42 and 37; Sara and Yoel Khongsai, both 25; Asher and Orit Lhouvum, 44 and 43; Avshalom and Galith Singson, 41 and 34; Eliazar and Tabitha Singson, 47 and 45; Pedatzur and Yehudit Touthang; Itzhak and Mala Vaiphei, 42 and 43, were among 162 new olim who arrived in Israel last month with help from the Jerusalem-based nonprofit Shavei Israel.


The group hails from the northeastern Indian state of Manipur, on the border with Burma, which is home to the largest concentration of Bnei Menashe in India. The new immigrants all plan to settle in Tiberias, once they leave Kfar Hasidim.

“After realizing their dream of making Aliyah and returning to the Jewish people, these nine Bnei Menashe couples now have an additional reason to celebrate,” said Shavei Israel Founder and Chairman Michael Freund. “They have now been remarried in a traditional Jewish wedding ceremony which symbolizes the new lives they are building here in the Jewish state. We wish them a hearty Mazel Tov and much joy, health and success here in Israel.”

The Bnei Menashe claim to be descendants of the tribe of Menashe, although genetic testing did not point to any connection to the Middle East. Still more than 3,000 Bnei Menashe have become integrated in the Jewish State over the past 15 years, and plan to bring some 7,000 of their relatives who are still waiting in northern India. 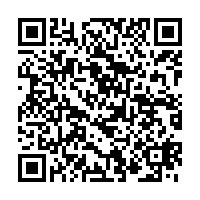