The Pfizer vaccine fiasco reveals so much about the Palestinian leadership as well as about the “human rights” groups and activists who pretend to be “pro-Palestinian” but truly aren’t.

The Palestinian Authority had agreed with Israel to obtain over 1 million doses of the Pfizer vaccine now, and not to have to wait until September to get them directly from Pfizer. The agreement was signed and the PA knew perfectly well that Israel would first transfer the vaccines that were closest to expiring, and the exact expiration dates of the first doses.
As the NYT reports:

An Israeli official, who asked to remain anonymous because he was not authorized to speak publicly, said that the initial batch of doses would expire at the start of July and said that would give enough time for Palestinian health workers to administer them.
The official added that the authority had been aware of the vaccines’ expiry date before agreeing to their delivery, and said the authority had scrapped the deal only because it had been criticized by Palestinians for agreeing to receive vaccines perceived to be of poor quality.
The official also said that none of the remaining doses would have been delivered less than two weeks before their expiry date.

Tens of thousands of Palestinians could have received their first doses in the next two weeks.
This should be considered a debacle by any civilized society. Thousands can get sick and scores could die because of this decision by the PA.
But, incredibly, the only inquiry that Palestinians are demanding is one into how the PA almost bought vaccines that they claim were of “inferior” quality. Terrorist media is reporting about how the PA is incompetent – not for trying initially to fight COVID but for making a deal with Israel. The PA, naturally, has to defend its “honor” by canceling the deal.
Keep in mind that the PA eagerly accepts Russia’s Sputnik vaccine which did not have anywhere near the same quality trials as the Pfizer or Astra-Zeneca vaccines did.
Unless you are hopelessly biased against Israel, this episode shows beyond any doubt that Palestinian leaders don’t care about the lives of their own people, and are willing to sacrifice their people so as not to appear to be “normalizing” with Israel. They hate Israel more than they love their own citizens.
Even more telling are the reactions  – or non-reactions – from so called “human rights” groups and Palestinian activists.
As far as I can tell, none of the supposed Palestinian human rights groups are saying a negative word about a decision to delay vaccinating their own people for three or four more months.
Not B’Tselem. Not PCHR. Not Al Mezan Center.
Their silence shows that they are not interested in the human rights of Palestinians – after all, what human right is more basic than the right to life and health?
Ken Roth, of Human Rights Watch, took the absurd Palestinian excuse of “almost expired” vaccines at face value, and used this as another reason to bash Israel.
As if any more evidence was needed, this episode shows that the “pro-Palestinian” community is nothing of the sort. These groups simply use the Palestinian issue as a means to bash the Jewish state.
People who really care about Palestinians would be up in arms over the PA putting their people at risk. Where are their voices?
Advertisement 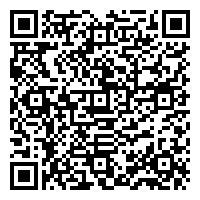