Home Headline West Point Scholar: ‘IDF Strike of the Al Jalaa Tower was Legal’
Share on Facebook
Tweet on Twitter
Photo Credit: wiki
I’ve noted before that the legal analyses given by NGOs like Human Rights Watch and Amnesty International are not only biased against Israel but they betray an ignorance of the laws of armed conflict.
One of the incidents in the Gaza war this year that was heavily criticized was the airstrike against the Al Jalaa Tower, which the IDF says housed Hamas intelligence operations. Was this strike legal under the laws of armed conflict? Many claimed it wasn’t. 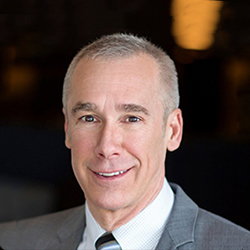 Michael N. Schmitt, the G. Norman Lieber Distinguished Scholar at the United States Military Academy at West Point and a law professor at other institutions, writes about the laws of war in relation to journalists and specifically whether Israel’s strike at the Al Jalaa Tower, which housed Al Jazeera and other media outlets, was legal under the laws of war.

The fact that the civilian media facilities in Al Jalaa Tower were destroyed implicates the rule of proportionality. When aspects of a target are clearly separate and distinct, harm to the part thereof that is exclusively civilian counts as collateral damage factored into the proportionality analysis (AP I, art 51.5(a)).
There is some disagreement on whether a building that contains both apartments or offices used for civilian purposes and others that have been converted to military use should be considered a military objective in its entirety or as consisting of separate and distinct entities. The better view, but one that does not appear to have achieved universal consensus, is that if an attacker can surgically strike that aspect of the building used for military ends, harm to the remaining sections must be factored into the proportionality analysis.
In this case, however, there is no indication that the IDF had intelligence indicating precisely which sections of the Al Jalaa Tower its opponents were using or that the IDF fielded weaponry capable of surgically neutralizing those sections and any conflict-related material therein. Therefore, if the Israeli reports of Hamas using the building are accurate, the entire building constituted a single military objective, damage to which did not have to factor into the IDF’s proportionality calculation.
As to the requirement to take precautions in attack, since the building itself housed Hamas’ material and operations, alternative targets were not on the table. Further, there is no indication that different tactics or weapons could have avoided civilian harm. Indeed, in that the building itself qualified as a single military objective and the attack injured no civilians, collateral damage (as that concept is understood in the law of armed conflict) was minimal. Video footage of the attack, which involved dropping a multi-story building in an urban area without significant damage to other structures in the vicinity, confirms that the strike was an impressive example of careful avoidance of collateral damage by the IDF.
The IDF’s hour-long warning of the attack was likewise a paradigmatic example of an effective warning. If IDF reports that Hamas and Islamic Jihad were able to evacuate the building and remove military material from the facility before it was struck are accurate, the warning appears to have exceeded that required by the law of armed conflict because it involved some sacrifice of military advantage by the IDF.
The IDF has accused Hamas and other Palestinian organized armed groups of using the presence of civilians and civilian media as shields against attack. These organizations have a long history of using human shielding as a tactic against Israeli attack and, on that basis, the IDF’s claim is colorable. However, during urban warfare, it is common to use civilian buildings for military purposes simply because the realities of the urban environment necessitate such use (U.S. Army, Commander’s Handbook, para 2.27). Absent an intent to shield, this practice does not violate the prohibition on human shielding. More facts would be required to confirm the intent of the Palestinian organized armed groups in Al Jalaa Tower before confirming a violation of the law of armed conflict on the basis of human shielding.

I would add here that Hamas didn’t take over the offices during the war, but they had been using the offices for quite a while, and deliberately placed them in a civilian building. In this case, saying that Hamas used human shields is definitely something to consider.

Counter-allegations that the IDF used the attack as a ploy to end unfavorable media are unsupported by the available facts. So long as the Israeli assertion that Hamas and other groups used the Al Jalaa Tower for military purposes is accurate, the building qualifies as a lawful military objective that may be attacked. Indeed, even if Israel harbored a secondary motive of putting an end to unfavorable media coverage, the attack would still be lawful, as attackers often have multiple objectives in mounting an attack. Only if the Israeli account was knowingly false would the operation be unlawful as a direct attack against a civilian object. An analogous analysis applies to charges that the attack amounts to collective punishment, for strikes on lawful military objectives are not collective punishment under the law of armed conflict.
Overall, the Al Jalaa strike mission planners appear to have carefully considered the law of armed conflict. The IDF’s Military Advocate General’s Corps’ international law specialists undoubtedly played a key role in the planning and approval of the operation, as they do in all IDF military operations (see here for a discussion of MAG practices). Based on open source information presently available, the strike complied with the law of armed conflict rules governing attacks, including those affecting the media.

Schmitt is someone who knows the laws of war – as he has to, because he teaches that topic to the military. In a previous article, over some 88 pages, he and another military law scholar look in detail at how Israel’s military legal system works, and they are uniformly impressed. Unlike HRW and Amnesty, they actually researched the topic, going to Israel and seeing how careful the IDF is to conform to the laws of war.

IDF operations are clearly well-regulated and subject to the rule of law. The IDF has extremely robust systems of examination and investigation of operational incidents, and there is significant civilian oversight, both by the Attorney General and the Supreme Court. With respect to the MAG Corps, the Authors found its officers to be exceptionally competent, highly professional, and well-trained.

In some cases, the IDF goes beyond the law in protecting civilians.

In particular, Israel has adopted an inclusive approach to the entitlement to protected status, particularly civilian status. Examples include Israel’s positions on doubt, its treatment of involuntary shields as civilians who are not directly participating and its view that individuals who ignore warnings retain their civilian status. Although these positions might seem counterintuitive for a State that faces foes who exploit protected status for military and other gain, such positions are well suited to counter the enemy’s reliance on lawfare. In this regard, Israel’s LOAC interpretations actually enhance its operational and strategic level position despite any tactical loss. Along the same lines, in many cases, the IDF imposes policy restrictions that go above and beyond the requirements of LOAC.

In short, the people who claim that Israel targets civilians are ignorant at best, malicious liars at worst.
Advertisement

{Reposted from the Elder of Ziyon site} 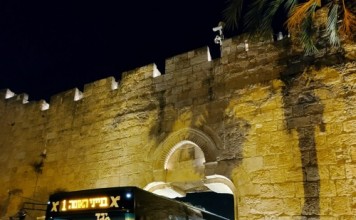 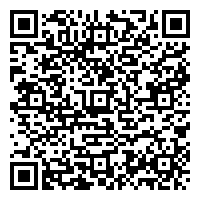