Richie’s Pizza was an iconic pizza shop in Jerusalem throughout the 1970s and 80s that was the place for Americans in Israel to meet, hang out and eat familiar pizza in a country that at the time had no such pizza shops.

The Jerusalem Post has a great interview with Richie Fox himself, as he describes his journey and many adventures. One of them stuck out to me.

[I]n 1966, [Richie] took a boat from New York to England, bought a Triumph motorcycle and traveled through Western Europe, ending in Gibraltar, crossing into Morocco and driving across northern Africa, visiting Algeria, Tunisia, Libya and Egypt. From Alexandria, he and his motorcycle took a boat to Beirut, then crossed into Syria. Because of the atmosphere of fanaticism there, he kept his Jewish identity hidden, as well as the fact that he was heading to Israel. Richie then went on to Jordan, seeing Petra – that famed red sandstone historical site that Israelis had longed to go to – and eventually making his way into Israel, settling in Jerusalem.
On his first visit to the Old City, still in Jordanian hands in 1966, he received Jordanian permission to go through the Mandelbaum Gate by declaring he was an Anabaptist. When he went to the Kotel (referred to then as the ‘Wailing Wall’), he realized that he had a privilege not granted to many Jews at all. From somewhere “deep inside,” he recited Shema Yisrael, Arab kids throwing stones at him all the while. On his way back to the Israeli side of Jerusalem, he said to himself, “I’ll probably never be there again.”

Before 1967, Jordan did not allow Jews into Jerusalem at all – as indicated from this story where Fox had to claim to be an Anabaptist. I can only find one time that Jews were allowed to pray at the Kotel under Jordanian rule, in 1957.
Even a Jewish member of the Canadian parliament was barred from visiting the Old City by Jordan in 1959.
Outside of that 1957 incident, Richie Fox may have been the only Jew to have successfully visited and prayed at the Kotel between 1949 and 1967. 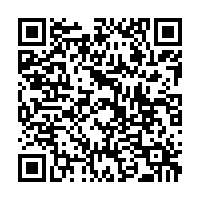