After arriving at his Vermont vacation home last weekend, New York businessman Avi Kaner opened the freezer and was appalled by what was inside: Ben & Jerry’s ice cream. For this staunch pro-Israel supporter, the yummy ice cream was spoiled by a new ingredient – of the political kind.

A week earlier Kaner was shocked when Ben & Jerry’s announced that it would be stopping sales in what it called the “Occupied Territories” of West Bank, Gaza, and East Jerusalem. The company also said it would stop doing business with the current Israel-based factory.


“I immediately realized this was a dog whistle. It specifically targeted Jewish people who live in disputed areas, and the intent was to boycott all of Israel,” he said.

Kaner had no taste for an ice cream that was now a symbol of the Boycott, Divestment, and Sanctions (BDS) movement. He grabbed the Ben & Jerry’s and, with his son in tow, marched out to the patio garbage can.

“Coffee toffee bar crunch which used to be one of my favorites,” he said at the time. “And let me show you what I think of it now.”

Kaner released his grip and the ice cream tub dropped into permanent exile, landing with a thud. “Adios!” he said, waving a final goodbye to the once desirable desert. He then went public, sharing a video of the ceremonial dumping with his 23,000 Twitter followers.

For Kaner, it was a symbolic end to a tumultuous week when the world’s favorite ice cream became intertwined with the world’s most controversial political issue, the Israel Palestinian conflict. And he was compelled to step into the middle of it.

Kaner decided his own chain of 16 stores had to do something. A board meeting was called, a vote taken, and Morton & Williams became the first supermarket chain outside of the kosher market to sanction the brand by drastically reducing supply and ceasing promotional activity.

“Our supermarkets have taken action against Ben & Jerry’s, which is boycotting Jewish communities that are at the center of a territorial dispute in Israel, including the Jewish Quarter of Jerusalem – inhabited by Jews for over 3,000 years,” the company declared last week.

The Ben & Jerry’s that were placed on the lower shelves are not selling, Kaner observed. “Ben & Jerry’s has become a toxic brand in New York City.”

Kaner wanted to expand his supermarket backlash campaign even if it involved reaching out to competitors. He texted John Catsimatidis, the billionaire Republican owner of two New York City supermarket chains, Gristedes and D’Agostino’s. “I urged him to follow suit,” said Kaner.

Catsimatidis announced his decision a couple days later. “I authorized our stores to cut Ben & Jerry’s space by 30% & not advertise until further notice. It’s a tragedy that Ben & Jerry’s has politicized ice cream,” he tweeted.

Ben & Jerry’s and Unilever declined interview requests for this story.

Kaner’s efforts on behalf of Israel are an outgrowth of a simple but powerful principle he learned as a child. “My father always said leave everything better than the way you found it. I try to live that way, including my business and by helping Israel as much as possible,” said Kaner.

Indeed, after returning to the New York area from Vermont this week, Kaner took his pro-Israel efforts to the golf course in a tournament to benefit Friends of the Israel Defense Forces (FIDF). In fact, he and his company support a number of Israel-related causes, including Technion University, Hadassah Medical Center, a program for underprivileged children, and Innovation Africa, an Israeli charity that brings fresh water to African villages from solar water wells.

Kaner visits Israel each year with his family, but the deeper source of Kaner’s motivation for defending and supporting Israel is found in the family history.

“My parents both ran away from oppression – my mother from Syria, my father from Ukraine in World War II. They both sought refugee in Israel. I would not be here if it weren’t for Israel. I want to make sure that future generations of Jewish people, if they need it, can have a place of refugee the same way it was for my parents.”

As the Ben & Jerry’s controversy grows, Kaner’s campaign continues. An additional supermarket chain is contemplating action against the brand as part of his campaign, he says. This week Kaner also publicly invited, via Twitter, the chairperson of Ben & Jerry’s to contact him about the controversy and is waiting for a reply. His goal is to convince Ben & Jerry’s to reverse their stand against Israel. If that happens, Ben & Jerry’s hasn’t completely lost Kaner, who once loved Coffee Toffee Bar Crunch. 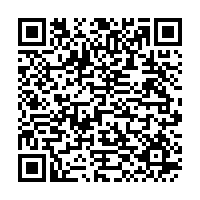