As providence would have it, I came to Boston in just “the right time” in the sense that I got to to give strength to some of the people here in the immediate aftermath of the awful terror attack on Monday.

The following is a short video message that I recorded in the streets of Boston right in the area of the attack. You can see behind me the press corp and the police working hard. Also I am including some pictures that I took on Wed as I walked around the area of the marathon which is still closed off.

A young Russian Jewish American who was running the marathon – and was, in fact, right in between the bomb blasts – and spared from from injury. She asked me how did I cope with being injured in Lebanon by a roadside bomb and did I have any advice for her. I told her that the goal of bombers was to have those shock waves go into our body and cause damage to our internal organs. But if we can take that shock wave and let it pass through us and change that blast energy into something positive – so that the energy of the blast is converted through our bodies into a healing energy and into a building energy – then we will have thwarted the efforts of the bomber.

They want to destroy us – they want us to be full of fear – but we will use that blast energy to remind us that life is precious and that we are here on this world for a short time in order to build and make the world a better place. We will not grant staisfaction to the bombers – we will take their very evil energy and convert it into a renewable source of life. The dead and the injured should not suffer the double fate of having the paid in blood and having that blood be meaningless. We will take that blood and make it meaningfull we will take that blast and harness its energy. We will deny the terrorists their satisfaction and instead we will ensure that the great research and knowledge that comes from Boston will continue to emanate, and the amazing spirit that comes from Jerusalem will light up the world.

Let us pray that all those who were injured will have a speedy recovery and may this terror attack inspire us to band together and fight for a better future for mankind. 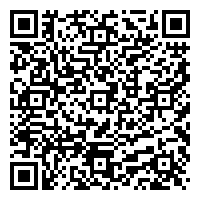