One of Rabbi Kahane’s most powerful essays, “What Makes Bernie Run?” was published in The Jewish Press in 1976. Unfortunately, its scathing message is as true today as it was back then, almost 35 years ago.

We have written about programs like Birthright in the past. Sure it’s a great thing to send young Jews to Israel for an inspirational visit. If even one Jew ends up marrying a Jewish mate because of it, and coming on aliyah, then all of the millions of dollars are worth it. But, after these kids return to their college campuses and their enticing shiksa classmates, their experience in Israel will all too often turn into a fading memory with snapshots they can show to the shiksas they marry. If he is still charged up from his visit, maybe Bernie will insist that Brigette undergo some worthless conversion. Maybe he’ll get her to light Sabbath candles and tell their kids that they’re Jews. And when they grow up, maybe Bernie’s gentile’s children will pass themselves off as the real thing and get some poor Jewish sucker to marry them. What a mess it will be! There will even be “Jewish” weddings where both the bride and groom are gentiles. Soon in America, you won’t be able to know if the person you are marrying is really a Jew, or if he or she innocently believes they’re Jewish because that’s what their parents told them, and the rabbis and temples and Jewish establishment all went along with the charade. And now that the Attorney General in Israel has cleared the way to pay reform “rabbis,” thus recognizing their services to their communities, this terrible danger may spread to the Holy Land where intermarriage has been less than one percent up till now.

Rabbi Kahane envisioned it all. Here is his article. It’s long, but it’s an incredible, dynamite piece of writing that tells the truth in the brilliant, straight-to-the-jugular way which characterizes the Rabbi’s writings. He published 22 books and authored well over 1,000 articles before being assassinated in 1990. With the brave backing of The Jewish Press, he wrote scores of essays for the newspaper using a variety of pen names. But until last year, the overwhelming majority of his articles were only available in the archives of The Jewish Press building. Now, after a heroic ten-year effort by David Fine, a seven-volume set containing many of these articles has been published. Called Beyond Words: Selected Writings, 1960-1990, the collection spans 3,500 pages with most of the best articles that Rabbi Kahane ever wrote.

Beyond Words also includes several indexes in Volume 7 that enable the reader to find articles by subject, by title, and even by the references in the article to specific quotations from the Torah and the Talmud. To order in Israel, call 02-582-3540.

Once there was a television program, which centered about the theme of intermarriage. The heroes of the piece were named Bernie and Brigitte. The American Jewish Establishment put great pressure on the particular network that televised the series and the program was ultimately dropped. Bernie and Brigitte were no longer. They had been canceled…

How relatively simple it was to cancel Bernie and Brigitte on television and how much more difficult to struggle against the curse and cancer of intermarriage and assimilation that exists in real American Jewish life. How simple to picket a television series to death and how hard to stamp out the disease that afflicts us daily in the real-life existence that is the lot of American Jewry. lf we no longer find Bernie and Brigitte strolling hand in hand across our television screens we need only look at our campuses, at our streets at our neighborhoods, Bernie is alive and well. 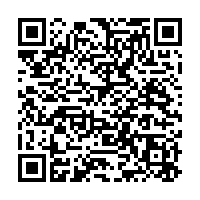