Are the Jews of America heading for detention camps? It could very well be. Secretary of State Kerry has hinted, in no uncertain terms, that if Israel opt for a military strike on Iran’s nuclear facilities, the United States will take preventive military action to foil the Israeli attack. In the agreement which the United States signed with the Iranian terrorist regime, America promises to defend Iran’s nuclear bombs-in-the-making against enemy attack. Thus, in becoming an ally of Iran, the United States has put itself on a collision course with the Jewish State, which has no other option than to destroy Iran’s nuclear program before the Ayatollahs in Teheran carry out their threats to wipe Israel off the map.

Fantasy you say? In 1942, just after Japan attacked Pearl Harbor, the United States Government ordered that all people of Japanese ancestry living in America be rounded up and evacuated to specially-created detention centers.


Over 120,000 people were incarcerated. 62 percent were U.S. citizens. President Franklin D. Roosevelt authorized the deportation and incarceration with Executive Order 9066, issued February 19, 1942, which allowed regional military commanders to designate “military areas” from which “any or all persons may be excluded.” This power was used to declare that all people of Japanese ancestry were excluded from the entire West Coast, including all of California and much of Oregon, Washington and Arizona. This could very well happen to the Jews of New York, Florida, California, and New Jersey, in order to protect America from a potential Israeli retaliatory strike, from inside of America, after the United States Air Force tries to down Israeli jets on the way to Iran.

While on the surface, only the Israelis living in America will fall under the FBI’s full suspicion of harboring dual loyalties, all Jews will be suspect as well, for it is widely known that all Jews are “landsmen” of the same tribe. Orthodox, Conservative, and Reform Jews will be rounded up together. People who had Reform and Conservative conversations will be herded into the train cars as well. It won’t help them to claim that they really didn’t have a true conversion. America won’t take any chances. Everyone will go.

With the signing of the Iran agreement, President Obama and Mr. Kerry have removed their masks. They have decided to isolate Israel from the entire international community. They have forged a bond with a clear and outspoken enemy of the Jewish State, and they have committed America to defend Iran’s soon-to-be nuclear stockpile. They maintain that the agreement was worked out with Israel’s best interests in mind, even though 99 percent of the Jews in Israel are against the agreement. But, once again, America knows what is best for the Jewish People, just like in World War Two, when U.S. bombers could have destroyed the railway tracks to Auschwitz, but the policy makers in Washington declined – for the good of the Jewish People.

What does this mean for the Jews of America? They have two choices. They can stick their heads in the sand and pretend that nothing has changed. Or they can open their eyes and see the writing on the wall. I can hear it now… “This is Charles Krauthammer reporting from a Jewish-American detention camp somewhere in heart of the Florida Everglades.” If I were a Jew living in America, I’d buy a one-way ticket out of the country – now! 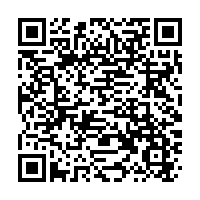