For a Jew, every day is Father’s Day, not just once a year. The mitzvah to “Honor thy father and thy mother” is one of the most fundamental commandments of the Torah. Interestingly, the commandment of honoring one’s father and mother is on the side of the Tablets dealing with commandments between man and God. This is because our parents are our gateway to God. It is they who teach us about God and the Torah. Therefore, honoring them is essential to the preservation and continuity of the Torah from father to son, generation after generation.

The full wording of the commandment is: “Honor thy father and mother that thy days may be long in the Land which the Lord thy God gives thee” (Shemot, 20:12).

Not many commandments come with a clearly stated reward. Please look closely at the reward for keeping this fundamental commandment – “that your days may be long in the Land” – that means in the Land of Israel. Isn’t that interesting!

What’s the connection? Well, if you honor your father and mother, you will respect what they teach you. Since Jewish fathers and mothers are obligated to teach their children the Torah, they will naturally teach their kids that a Jew is supposed to live in the Land of Israel, just like it repeats over and over again in the Torah dozens of times. Part of respecting one’s parents is by obeying them when they instruct you in the ways of the Torah. Thus a child who honors his parents will live in the Land of Israel, in line with the Torah’s teachings.

Though my parents were not happy when I told them that I was moving to Israel, I made aliyah anyway. While honoring one’s parents is an essential tenet of Judaism, if parents do not want a child to move to Israel, the child does not have to listen to them, since going on aliyah is a mitzvah, and parents are not allowed to prevent a child from carrying out a commandment of God. To my parents’ great merit, even though they were upset with my decision, they always helped me out when I needed their assistance in fulfilling the commandment of living in Israel, which our Sages tell us is equal in weight to all of the commandments of the Torah.

Later, when my aging parents became ill, I had the good fortune of bringing them to Israel to live adjacent to my family in Shilo, and then Jerusalem. When my aunt phoned me from Florida, informing me that my mother was developing the early-warning signs of Alzheimer’s Disease, and that my dad couldn’t handle her outbursts of anger, I immediately flew to Boca. We visited some retirement communities, but when we learned that my mom wouldn’t be allowed to live with my dad because of her condition, I persuaded my dad to let me take them to Israel where my family could watch over them. My uncle agreed to sell their house and car, so I packed up their bags and some cherished belongings, and we drove off to the Miami airport, telling my mother that she was going to Israel for the bar mitzvah of one of my sons.

Thus, my father, of blessed memory, spent his last nine years in the Holy Land. At the end of his sojourn in this world, he merited to be buried on the Mount of Olives, alongside the Prophets and great Rabbis of Israel. After, my dad passed away, we moved my mom into a nursing home nearby, so that I can visit every day.

I can’t say it was easy running back and forth between my mom and dad, and my own topsy-turvy home, having to take care of sick and anxiety-ridden parents and a house with seven energetic children, but, Baruch Hashem, I am grateful that I merited observing the mitzvah from alef to taf. My trials and tribulations became the basis for my latest novel, a comic and moving tale of a family situation we all go through sooner or later, when the mitzvah of honoring one’s parents takes on its greatest weight and meaning – when they are older and need us the most. It’s a wonderful family adventure, filled with Torah and the love of Jewish values. I set the story in New York, at my daughter’s request, so that people in Israel (her friends) wouldn’t say it was about our family. Since it’s still Book Month in Israel, here’s an excerpt from the novel for your reading pleasure, based on the time I (“Joseph”) took my parents (“Harry and Lizzy Friedman”) for a Pesach vacation at a resort hotel, to give my overtaxed wife (“Rivka”) a break. Also, since Dad’s yahrtzeit is coming up, it’s a chance to thank him again for helping me on my journey back to Torah and to Eretz Yisrael. May his memory be for a blessing. 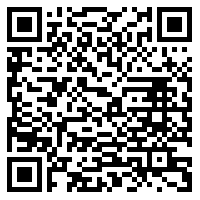