Out of the blue, he asked me why I didn’t know anything about Judaism? The question hit me like a sledgehammer. I had learned about world history. I had read Aristotle, Plato, Socrates, Kant, Voltaire, Nietzsche, and Thoreau. I had studied the sciences, the arts, literature, and during my spiritual quest I had checked out books about Christianity, Zen Buddhism, Hinduism, and the like. But I knew absolutely nothing about Judaism. Ever since the reform rabbi’s phony explanation of the splitting of the sea, I had never thought to open a Jewish text. During my shrink period, I had read dozens of books about psychology, and I had studied enough Sigmund Freud to know that if you avoid something close to you, that’s a sure sign that you have a psychological block, a deep inner fear which paralyzes you from confronting your true self.

His question blew my mind. That very afternoon I bought a Bible and started to read: “In the beginning, God created the heaven and the earth.” When I read those words, my gaze shot up to the sky.


“Oh, no!” I thought. “God really exists, and I haven’t paid any attention to Him since my bar mitzvah.”

Man, was I ever confused. 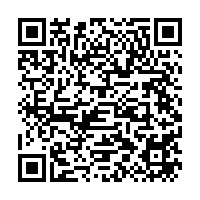