Just recently, I finished directing and producing a feature-length movie called, “Stories of Rebbe Nachhman.” Ever since I escaped from Hollywood and became a baal tshuva thirty years ago, I can count the number of movies I’ve seen on the fingers of one of my hands. Three. Maybe four. I don’t go to the movies. I don’t watch films on Youtube or Netflixs. I don’t even watch trailers. I couldn’t care less. I feel like I have exchanged every cell in my body. A spiritual overhaul of prayer, Torah study, tears of atonement, and hundreds of dunks in the mikvah, has transformed me into a different person, with totally different thoughts, dreams, and aspirations than I had when I was trying to be a successful screenwriter in L.A., striving to be as rich, and handsome, and famous, and gentile as all of the Hollywood directors and stars. Even though I graduated from the Film School at NYU, and taught screenwriting there for 5 years after selling 3 scripts to Hollywood, when I discovered Torah, I gradually lost all desire for the make-believe world of the movies.

Another reason I don’t watch movies is the problem of modesty. Let me give a few examples:

About eight years ago, my wife had an urge to see a movie, and she insisted that I take her.

“Go with a friend,” I suggested.

“I don’t want to go with a friend,” she answered. “I want to go see a film with my husband.”

I offered to rent a video that she could watch on the computer. But she was adamant. Either we go to a movie together or we get a divorce. Of course, I am exaggerating, but she made me understand that if I didn’t give in, I was going to be in for a lot of trouble.

So I bought a newspaper and searched through the list of current films. One of them was based on the life of a famous British novelist, I think it was Iris Murdoch, who became ill with Alzheimer’s disease in her later years. Since my own mother was suffering from Alzheimer’s, and since the story was about an eighty-year old woman, I figured that maybe I could learn something about helping people with dementia. So we went.

Needless to say, the first “coming preview” before the main feature wasn’t exactly modest with naked arms and legs flashing all over the screen.

Heads turned our way in the darkened theater. My wife tugged at my arm. “Don’t you dare!” she whispered.

The next preview was even worse.

“Gevalt!” I screamed out again.

My wife sunk down in her chair as if she wanted to disappear. I heard a scattering of chuckles and someone shouted for me to shut up.

“I told you we should have stayed at home,” I whispered to my wife.

Then, the movie began with a young woman walking in slow motion through a beautiful forest. When she comes to a sparkling pond, she lifts off her frock with one fluid motion and dives naked into the water. Cut to underwater. Still in slow motion, the naked actress swims through the crystal clear depths….

“Fire! Fire!” I screamed out in Hebrew. Continuing to scream, I jumped out of my seat and made my way to the corridor. “Fire! Fire!” I yelled as I hurried out of the theater, leaving my poor wife to watch the movie alone. I waited for her in the car.

Of course, I should have known better. After spending several years in Hollywood, you learn that in movie-making, the bottom line is the box-office gross. You can’t expect your average moviegoer to sit two hours through a movie about an old lady with Alzheimer’s disease without throwing in a little nudity every ten minutes to keep them munching away on their popcorn.

Think I am exaggerating? Let me give you another example. Several years ago, I was invited to speak to a group of yeshiva students from South Africa. When they showed up late, I asked what happened. They explained that they had a few free hours, so they went to see a movie, “The Titanic.”

“The Titanic!” I exclaimed. “Seeing a movie like that is worse than eating pork!”

All the guys booed. “The cinematography was great,” they proclaimed.

“Since when does great cinematography override the Torah prohibition of, “You shall not turn after your hearts and after your eyes to lead you astray?” I asked them.

“It’s a completely clean movie,” one of the students insisted.

“Look, guys,” I told them. “I haven’t seen the movie, but you don’t have to have Divine inspiration to know that there is bound to be a pretty girl and a good-looking guy on the ship. Once the ship hits the iceberg, they have to find some way to consummate their passion before the ship sinks into the cold, unloving ocean. Am I right?”

They answered with grumbles.

“Whether you guys like it or not, watching an attractive actress on a movie screen for two hours, and exposing yourselves to that kind of ongoing visual stimulation, is a no-no.”

A year later, I drove one of my sons to an out-of-town yeshiva for an interview. Finishing late, we decided to spend the night at a hotel, rather than starting out on the long trip back to Jerusalem. “The movie Titanic is playing on TV,” my boy informed me. “Can we watch?”

“What the heck?” I figured. Many people had advised me to see the movie, to see all of the wondrous cinematography and special effects, so I agreed to watch a few minutes. The film begins with the camera moving along the ocean bottom until it comes to a sunken ship. Going inside the shipwreck, the camera searches down a ship corridor and enters a passenger cabin. Slowly it zooms into a photograph in a frame which pictures a young girl naked in an immodest pose. That’s the movie that every Jewish teenager in the world was flocking to see!

The point is that the eyes are the windows to the soul, and forbidden images, whether we want to face it or not, pollute a Jew’s soul.

So, thirty years after I left Hollywood, how did I go about making a feature film that is kosher l’mehardrin? After all, in the stories of Rebbe Nachman of Breslov, there are women. The answer is that I chose three stories that have no women, and in the fourth story, “The Worldly Son and the Simpleton,” the role of the Simpleton’s Wife is played by my sixteen-year old son, Amichai. I think he did a wonderful job. It may seem a little surprising to see his slight peach-fuzz moustache, and his voice is a little too deep, but it’s all a part of the fun of the story. I wanted to make a movie that everyone could see, secular Jews, Modern Orthodox, Haredim, and Hasidim.

Best of all, I’ve finally found a movie that I can see with my wife! 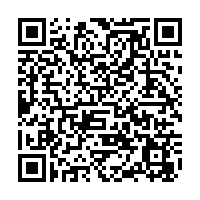