We state this on Seder night, not as a onetime event, commemorating our Exodus from Egypt. Our Sages teach that the Redemption of the Jewish Nation is an ongoing process which unfolds over generations. As long as a part of the Jewish People remain in foreign lands, then all those who are still in the Diaspora cannot be considered free.


A lot of readers will object, maintaining that they are already free, even though they live in America, as the national anthem says: “The land of the free and the home of the brave.”

Let’s have a peek at some of the teachings of Rabbi Kook to see what light he can shed on this mystery.

Rabbi Kook begins his classic work on the Jewish People by writing: “The Land of Israel is not some peripheral matter….” He means that that Land of Israel is not some bonus place a Jew can visit to strengthen his connection to Jewish History, or to Torah, or to his identity as a Jew. Eretz Yisrael is bound up with the Jewish People, and with Torah, in an indivisible unity. Just as the Jewish People are not complete without the Torah, a Jew cannot be complete without living in Eretz Yisrael. Likewise, the Torah is not complete unless it is observed in the Land of Israel, the only place where the Torah can appear in all of its fullness, and the only place that Am Yisrael can appear in all of its fullness. Dwelling in Erezt Yisrael is more than a private precept. The merging of the Jewish People and the Land of Israel forms the earthly vehicle through which the Sanctification of Hashem comes into the world, as Hashem proclaims through the prophet Ezekiel: “And I will sanctify My Great Name which was profaned amidst the nations, which you have profaned in the midst of them. And the nations shall know that I am the L-rd, when I shall be sanctified in you before their eyes” (Ezekiel, 36:23-24).

Rashi explains that the presence of the Jewish People in the Diaspora is a Desecration of the Name of Hashem because it brings the gentiles to say that Hashem lacks the power to keep His People in the Land which He promised them.

How does Hashem bring about the opposite – the Sanctification of His Name in the eyes of the world?

The prophecy continues: “For I will take you from among the nations, and gather you out of all the countries, and I will bring you into your own Land” (Ibid.)

A person who thinks that living in the Land of Israel is just another mitzvah like tefillin or lulav is not connected to the deep and intrinsic value of Eretz Yisrael to his being and to his connection with Hashem. To put it simply, in today’s terminology, Eretz Yisrael is far more than a ten-day vacation to a Jewish Disneyland. Without the Land of Israel, the Jewish People are scattered individuals living in alien gentile lands, and not the Nation of Israel that the Torah wants us to be. In this sense, when we live in foreign lands, under foreign cultures, we are not free people. We are French Jews, or German Jews, or American Jews, instead of being the Children of Israel in our own Jewish Land.

In his very next essay of the book, “Orot,” Rabbi Kook explains that people have a distorted understanding of the value of Eretz Yisrael because they are alienated from the deeper levels of Torah learning. Over the centuries, during our exile in foreign lands, without having our own Land and State, Torah learning concentrated on the commandments that we could perform in the Diaspora, like Shabbat and the study of Kashrut. The NATIONAL element of the Torah was neglected and eventually forgotten. Over two-thirds of the Mishna deals with commandments which can only be performed in the Land of Israel. Without focusing on the true, national aspect of the Torah, which can only appear in our own Land, we got used to dwelling in the countries of the gentiles and became to feel that nothing was missing in not having our own Jewish country. The yearning for Redemption, for the return to Eretz Yisrael and the rebuilding of the Nation of Israel in the Land of Israel, the true goal of the entire Torah, and the call of our Prophets, all of this became a side issue that no longer burned in our hearts. Not learning about the centrality of Eretz Yisrael to Jewish life, Jews in the Diaspora came to believe that they could live full Jewish lives just as well (and even better) in New York and Miami. In the comfortable Diasporas of the West, unless he was reminded by the gentiles that the gentile land he lived in wasn’t his home, the Diaspora Jew pretty much forgot about Salvation.

Rabbi Kook goes on to teach that a Jew can only be true to a Jewish way of thinking when he lives in the Land of Israel. This is because the atmosphere of the Diaspora is filled with impurity and the cultural husks of the gentiles. For example, in America and Europe, for three months surrounding Christmas, all of the stores, streets, advertisements, TV, and the like are saturated with the Christian

symbols and messages of Christmas. In contrast, in the Land of Israel, the existence of Christmas hardly exists. Or, to take another example, a Jew in America feels proud when he rises to sing the Star Spangled Banner at the ballgame. To him, George Washington is the founding father of his country. He involves himself in the American election campaigns, and in reading the Sunday New York Times. In this manner, a Jew in the Diaspora is inundated with alien cultures and foreign ideologies which he internalizes just by being there, surrounded by a gentile society, and thus he is not a free person, but rather a product of the gentile society to which he belongs.

Rabbi Kooks goes on to explain that because of the impure culture and atmosphere of foreign lands, and the absence of holiness there, a Jew’s thinking cannot be pure, like it can be in the Holy Land. For example, prophecy comes to the Jewish People in the Land of Israel, not in Brooklyn or Palm Beach. Rabbi Kook writes that if a Jew doesn’t have a feeling of strangeness, and of not belonging, when he is in the Diaspora, this is a sign that something is out of whack with his Judaism. In other words, they healthiest feeling of a Diaspora Jew is when he feels like E.T. on some foreign planet and yearns to go home. If he does feel a constant longing for the Land of Israel, then he or she is unattached to the deeper levels of Torah. This person is living a private, individual life, instead of making the Nation of Israel, and the Sanctification of Hashem, the prime concern of his existence. For example, why should he serve in the Israel Defense Forces? To his way of thinking, he is an American, not an Israeli. But, in fact, the goal of the Torah is that the Jewish People build their lives and rebuild the Jewish Nation in the Land of Israel, and that is why the Pesach Seder concludes: “Next year in Jerusalem.”

In our next piece, we will continue with some of Rabbi Kook’s further teachings on the Land of Israel, explanations which will hopefully shed more light on why we can only be full, complete Jews in our own Holy Land, and not as minorities in other peoples’ countries. 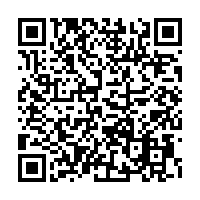