General Fathi Zeidan was killed by a car bomb that also took the life of a passerby near the Palestinian Authority refugee camp of Ain al-Hilweh, according to The Daily Star in Lebanon.

Zeidan was the senior Fatah officer in the nearby Mieh Mieh refugee camp, according to a terse statement by the Lebanese Ministry of Information National News Agency.

The ministry said Zeidan was “targeted in the explosion that rocked Sidon’s southern Palestinian refugee camp of Ain al-Hilweh.

“The bomb was planted in Zeidan’s car. Security officers cordoned off the area.”

No one has yet claimed responsibility for the attack.

Zeidan was reportedly attending a security meeting in Mieh Mieh at the time of the attack, The Daily Star reported.

Fatah official Maj. Gen. Munir Maqdah told LBCI that prior to the attack, Zeidan had met with other PLO factions, demanding tighter security measures in Mieh Mieh, according to the Iranian Tasnim News Agency.

There have been many clashes between rival Arab factions over the past few weeks, Tasnim reported. Ain al-Hilweh is home to several extremist terror groups and has been repeatedly rocked by violence, according to Tasnim. 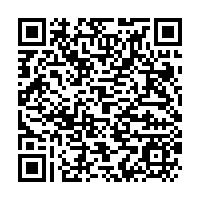