Yes, indeed, thank God my kids are growing up in Israel. And thank You, my God, the God of my forefathers, Avraham, Yitzhak, and Yaacov, and not George Washinton, the tzaddik who didn’t chop down the cherry tree, thank You for opening my eyes to understand that being Jewish means being absorbed in Jewish history, and celebrating Jewish independence, and living in the Jewish Land, and performing the mitzvot in the place they were meant to be performed, and not being duped into identifying with the history and culture of some foreign, gentile land, where we do the mitzvot so we won’t forget how to do them, so they won’t seem new to us when we return to the special Holy Land where God wants us to live.

Therefore, to all of my beloved Jewish brothers and sisters in America, if you want to drink beer and eat kosher hot dogs on the Fourth of July because America has been good to the Jews, then drink your Budweisers and eat your hot dogs. But after you finish your meal and thank God for the food and the land, don’t confuse matters and think that the land in the Birkat HaMazon is referring to America. Even when a Jew eats a hot dog in America, or a baguette in gay Paree, the Torah wants him to thank God for having given him the LAND OF ISRAEL, not for the old US of A, or France. The Torah wants us to remember that we belong in Eretz Yisrael, the Land that God gave us, and not the land that He gave to the Indians before the Americans wiped them out in a good old fashion wholesale American slaughter. God wants us to remember Jerusalem, not Washington D.C. or New York.


So go ahead and eat your hot dogs. Drink your beer. But don’t think that the Fourth of July is really Independence Day for you. Remember that your nation is Israel, not America. Your hearts should beat proudly when you see the Star of David blowing in the wind, not the Stars and Stripes. And always remember that you are only in America, temporarily, because of the curse of galut. Perhaps you were born there, but it isn’t your home. Enjoy eating your hot dog and drinking your beer, but don’t pretend it is Independence Day for you. If you are a Jew, the “land of the free and the home of the brave” is Israel.

We hope to see you here soon. 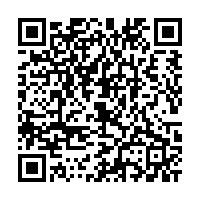